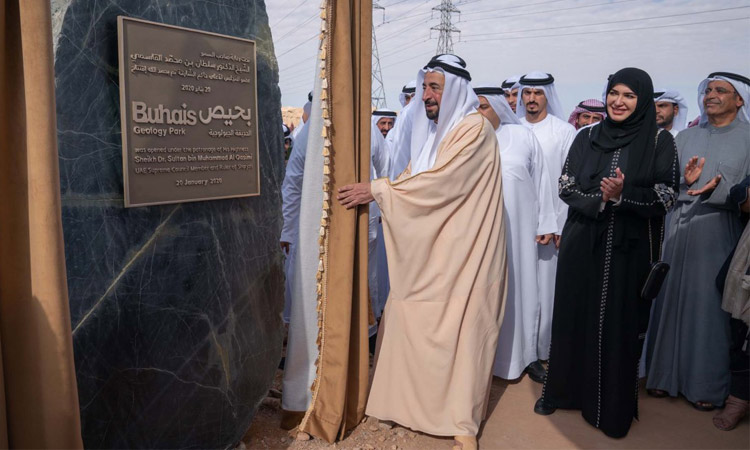 The park is a pioneering project in the field of ecotourism aimed at introducing visitors to the history of Sharjah's geology, the geological importance of Jebel Buhais and the archaeological areas surrounding it. 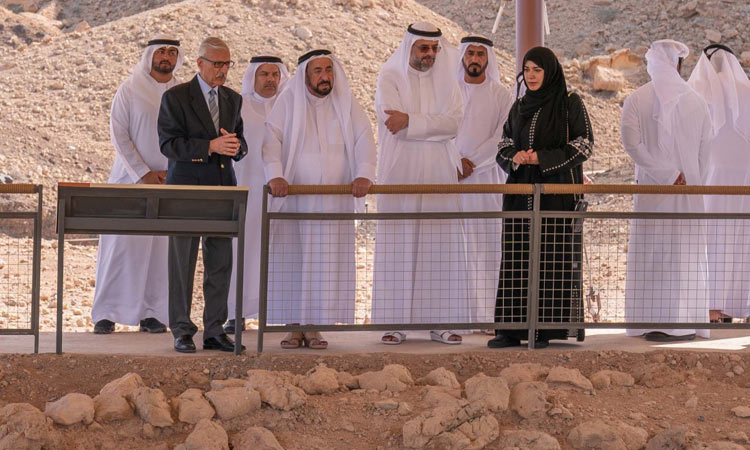 Sheikh Sultan and other top dignitaries inspect the site of the Buhais Geology Park. WAM

His Highness the Ruler of Sharjah toured the park and familiarised himself with the geological features and fossils it contained. Dr Sheikh Sultan Bin Mohammed also listened to an overview of how the emirate of Sharjah was formed through various geological periods.

“Sharjah Heritage Treasure,” a documentary on the geological factors that Sharjah was exposed to, during that formation stage of its mountains, plains and seas was shown.

Several school students presented a summary of fossils formed over millions of years to the Ruler of Sharjah. 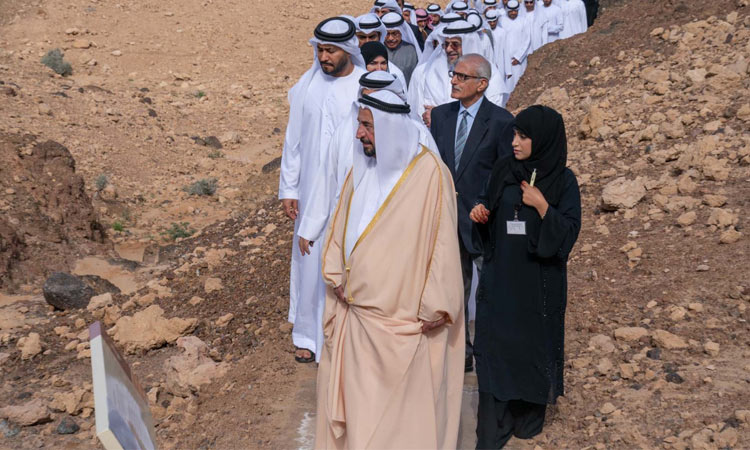 The location of the Buhais Geology Park in particular and the mountain, in general, provides evidence of how local nature was formed at least 93 million years ago. The site has a wealth of fossilised remains of many ancient marine creatures that inhabited the shallow seas that submerged most of the land in the UAE until relatively recently from a geological perspective.

The park includes two archaeological sites that have contributed to knowledge about the history of human settlement in this area, which dates back more than 125,000 years.

The opening ceremony was attended by heads of government departments and several officials and notables of the region.