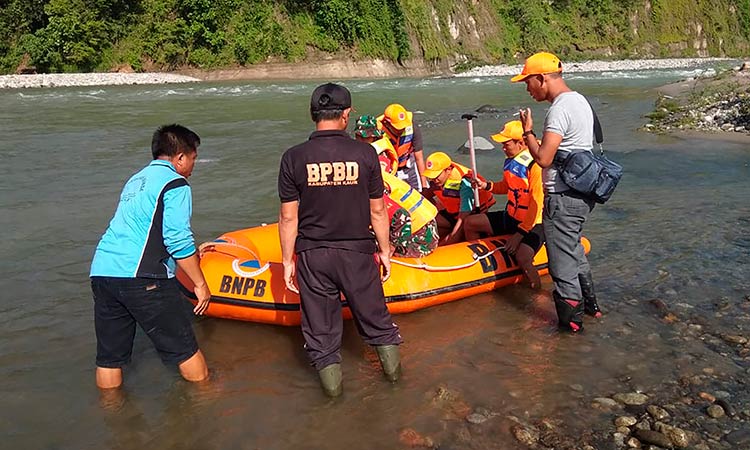 An Indonesian rescue team prepares to search for bridge collapse victims on a river on Monday. AP

Nine people drowned and three others are missing after a bridge collapsed on Indonesia's Sumatra island, the disaster agency said on Monday.

Some 30 people, mostly students, were on the bridge on Sunday afternoon in the town of Kaur when the newly built crossing suddenly collapsed, hurtling some teens into the water below while others clutched on to the railing.

The water level in the river below the bridge was higher than usual with strong currents after torrential downpours pounded the region. 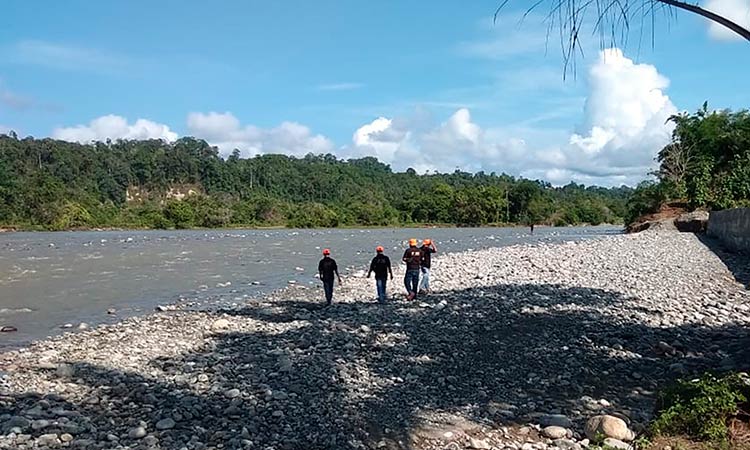 A rescue team searches for victims of a bridge collapse in Kaur district of Bengkulu province, Indonesia, on Monday. AP

"The bridge probably could not contain the weight and it collapsed -- Nine were killed and one more is still missing," Ujang Syafiri, head of the disaster mitigation agency, told AFP on Monday.

Some students who fell into the water were rescued, while a search and rescue team scoured a 20-kilometre radius to find the missing victims, all teenagers, he added.

Parts of the Southeast Asian archipelago have been deluged with torrential downpours as the rainy season kicks into high gear.