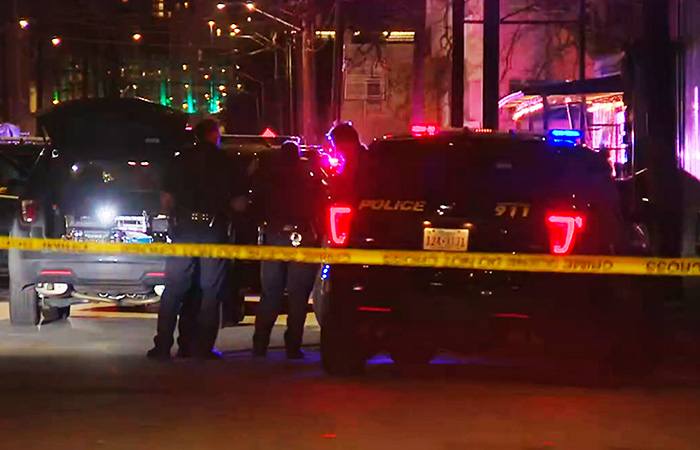 Two people were killed and at least five were injured when someone opened fire during an argument at a concert in San Antonio, Texas, and police are hunting for the shooter who fled the scene.

Officers were called shortly after 8 p.m. Sunday to the Ventura, a music venue and bar located along the Museum Reach portion of the San Antonio River Walk, police said. It was not the only shooting at an entertainment venue Sunday night. Two people were shot and killed and at least 15 were injured in a shooting outside a bar in Kansas City, Missouri, just before midnight. Police believe the shooter is one of the two who was killed.

In Texas, an argument broke out inside the club and one person pulled out a gun and started shooting, San Antonio Police Chief William McManus said. One victim died at the scene, and another six were transported to a hospital, where one was pronounced dead shortly after arrival.

The victims have not been identified. McManus said the victim who died at the club was a 21-year-old man. He said preliminary information indicates the people shot were all patrons, rather than staff.
McManus said he's confident that a suspect will be soon identified and apprehended. No further information was immediately available.