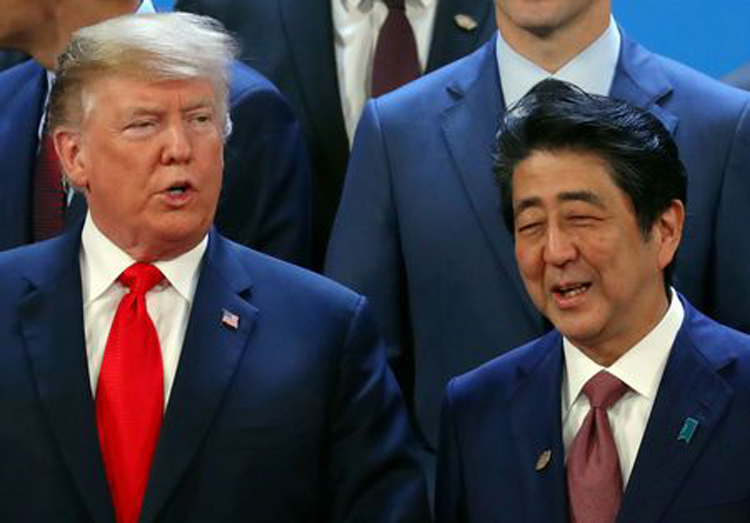 "As the security environment continues to evolve and new challenges arise, it is essential that our alliance further strengthen and deepen," Trump said in a statement dated Jan. 18.

In June last year, Trump told a news conference in Japan that the 1960 treaty — which was signed exactly six decades ago on Sunday, and is the linchpin of Japan's defence policies — was "unfair" and should be changed, echoing his long-held view that Japan is a free-rider on defence.

Trump at the time added he was not thinking of withdrawing from the pact.

The treaty was first signed in 1951 and revised in 1960 under Japanese Prime Minister Shinzo Abe's grandfather, then-premier Nobusuke Kishi. Kishi was forced to step down afterwards following a public outcry from Japanese critics who feared the pact would pull their country into conflict.