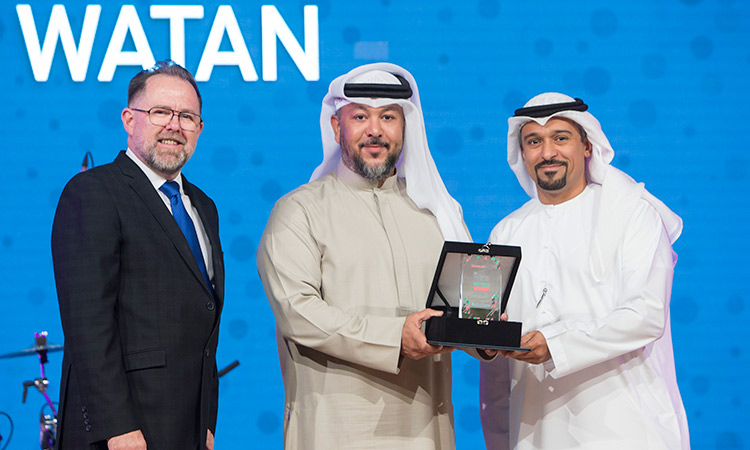 Officials pose during the award ceremony.

Its position as the best attraction was further boosted when it was awarded the Pride of Abu Dhabi Award for “Best Favourite Attraction.”.

Qasr Al Watan opened its doors to the public on March 11, 2019, providing visitors with an opportunity to learn about the UAE’s governing traditions and values.

Qasr Al Watan in Abu Dhabi, capital of the United Arab Emirates, is housed in the Presidential Palace compound.

At Qasr Al Watan, visitors will gain a deeper understanding of the UAE’s governing traditions and values, and will be able to explore a well-preserved legacy of knowledge and tradition. The Palace also houses the Qasr Al Watan Library where scholars can explore a vast collection of books and resources about the UAE’s political, social and cultural history and learn about the nation’s progressive journey.