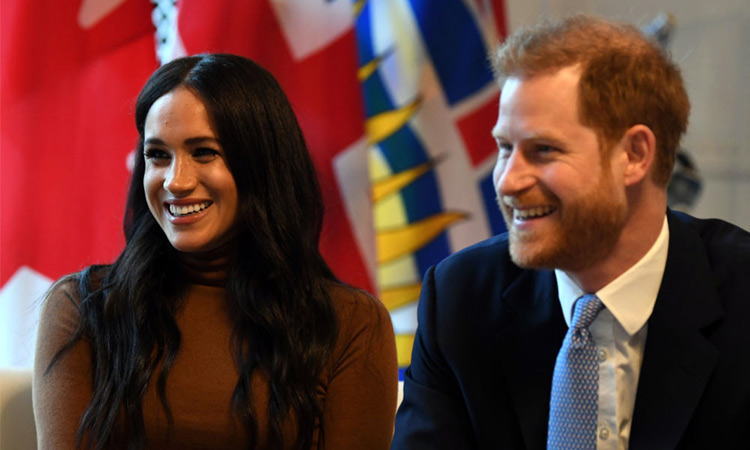 Prince Harry and Meghan Markle are to stop using their HRH titles (His/Her Royal Highness) and repay millions of pounds spent renovating their Berkshire home, the couple have announced.

The couple will become known as Harry, Duke of Sussex, and Meghan, Duchess of Sussex, from the spring.

Although they will not use their HRH titles, they will still retain them and Harry, who was born a prince of Wales, will remain a prince.

“This new model will take effect in the spring of 2020,” the palace said.

In a statement, the Queen said she was pleased to have found a “constructive and supportive way forward” and added that “Harry, Meghan and Archie will always be much-loved members of my family.”

“I recognise the challenges they have experienced as a result of intense scrutiny over the last two years and support their wish for a more independent life,” she said.

“I want to thank them for all their dedicated work across this country, the Commonwealth and beyond, and am particularly proud of how Meghan has so quickly become one of the family.”

Harry will reportedly also lose his position as Captain General of the Royal Marines — a title he inherited from his grandfather Prince Philip, the Duke of Edinburgh — and give up all his honorary military titles.

It is also understood that the couple will spend the majority of their time in North America, not the UK.

A Buckingham Palace statement said Harry and Meghan could “no longer formally represent the Queen,” but the couple would “continue to uphold the values of Her Majesty” in their work.

“The Duke and Duchess of Sussex have shared their wish to repay Sovereign Grant expenditure for the refurbishment of Frogmore Cottage, which will remain their UK family home,” the palace statement added, in reference to a £2.4 million (Dhs11.4m) taxpayer-funded home renovation in 2019.

The palace has also said it will not comment on the details of security arrangements for the couple.

The Duke and Duchess announced their intention to step down as “senior members of the royal family” earlier this month, reportedly to the disappointment of Buckingham Palace.

Updates on the Duke and Duchess’ roles and work will appear on the couple’s new website, sussexroyal.com, in due course, a brief statement on the website said.