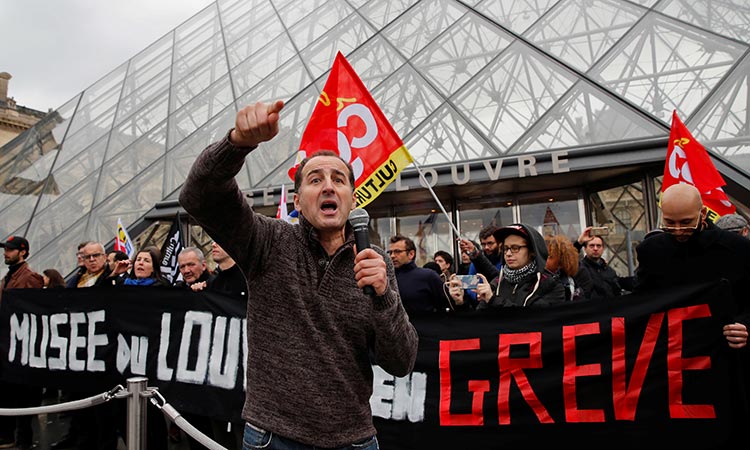 Striking workers block the entry at the glass Pyramid of the Louvre museum in Paris on Friday. Reuters

Dozens of protesters blocked the entrance to the Louvre museum and forced the famous Paris landmark to close Friday while they denounced the French government's plans to overhaul the pension system.

Notre-Dames artworks to be transferred to Louvre museum 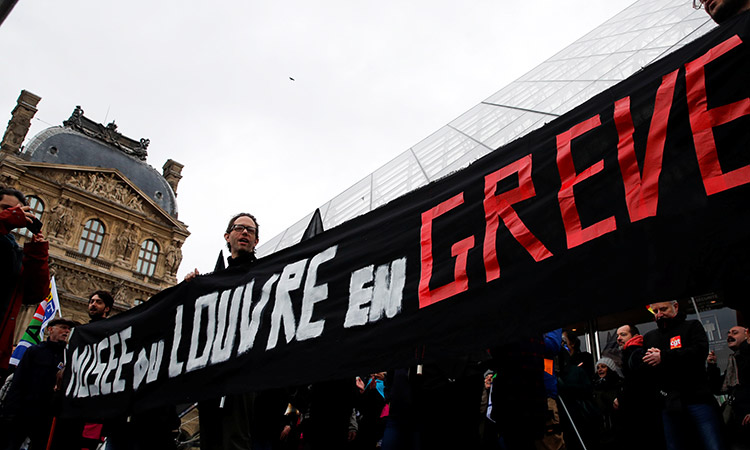 Striking workers block the entry at the glass Pyramid of the Louvre museum in Paris. Gonzalo Fuentes/Reuters

An edgy tension marked the day as small but determined groups of protesters moved into action to make their complaints against pension changes heard. It was the 44th day of strikes aimed at overturning the plan

The protesters at the Louvre, who included some museum employees, staged the demonstration against President Emmanuel Macron's proposals after several hard-left trade unions appealed for public actions to oppose that they said would "lower everyone's pensions.”

The museum's Leonardo da Vinci exhibit marking the 500th anniversary of the Italian master’s death was included in the closure. Some protesters chanted, "Mona Lisa in on strike, Leonardo is on strike.”

It is the first time since railway strikes and protests against the pension overhaul began on Dec. 5 that the Louvre and its Leonardo exhibit were fully shut down. About 30,000 people visit the museum every day.

Some videos on social media showed angry visitors booing at museum protesters to express their disappointment.

Some of those shut out of the Louvre were upset, while a few interviewed expressed solidarity with the strikers. 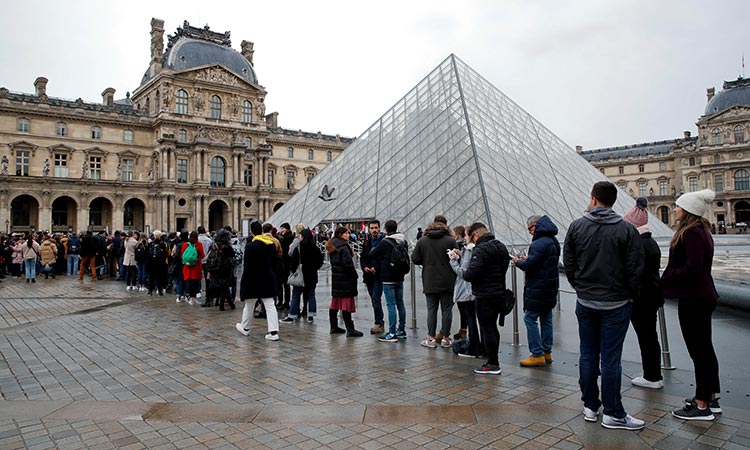 Tourists queue as striking workers block the entry at the glass Pyramid of the Louvre museum in Paris. Reuters

"I think it’s fine if they want to protest but they shouldn’t block the plans of the people who have flown over here to see an exhibition of Leonardo," said Ben Garrett of Dallas, Texas.

Gerhard Jehle of Germany, who had bought his ticket in advance, shared that view, and said he was "badly informed about the extent of the strike.”

"I don’t understand how this happens,” Jehle said. "Public transport doesn't function. The unions have to be controlled with an iron hand.”

Argentinian Marcelo Campano, who also had a ticket, said that he understands workers' bid to confront a government they perceive as "neoliberal ... So we'll show our solidarity and come back another day.”

The action at the Louvre was one of several signs of mounting tensions among strikers. 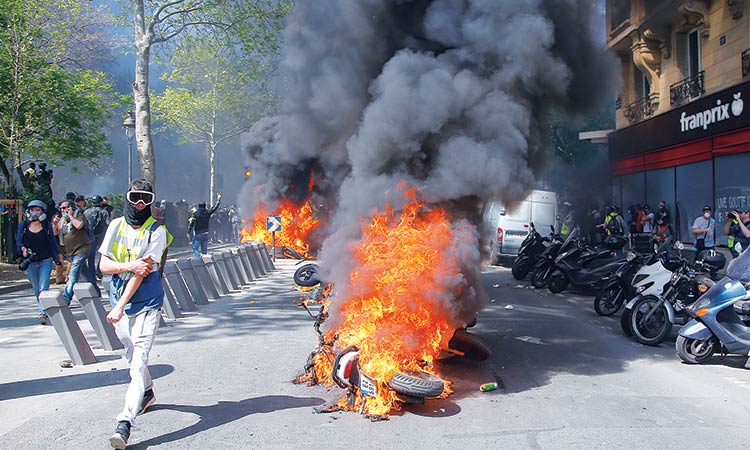