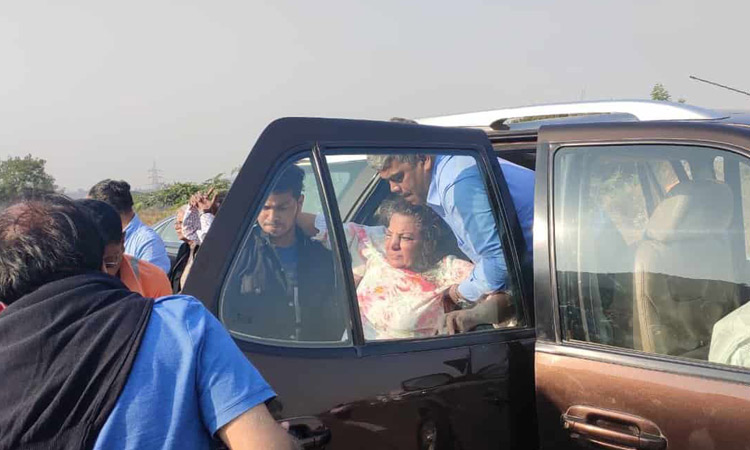 Shabana Azmi has been taken to hospital after the accident on Saturday. Social media photo

Satish said: "Shabanaji is under strict observation. But she is doing much much better than yesterday. Prayers for her speedy recovery." 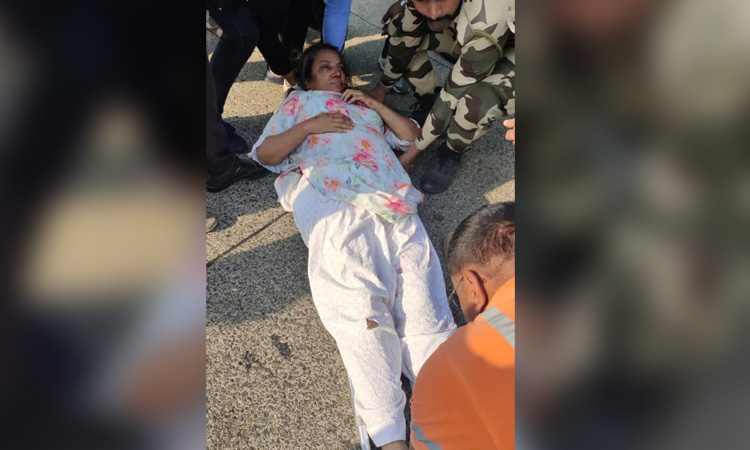 Shabana Azmi lies on the road after the accident. Twitter photo


Shabana Azmi was grievously injured in a road accident involving her car and a truck, near Khalapur toll-plaza on the Mumbai-Pune Expressway, the police said on Saturday.

She was rushed to the Mahatma Gandhi Mission Medical College and Hospital (MGM-MCH) at Kamothe, Navi Mumbai, for treatment and later shifted to the Kokilaben Dhirubhai Ambani Hospital (KDAH) in Andheri for further medicare, said a top hospital official.

He said the National Award winner was under treatment at the hospital for a few hours and later her family requested that they wanted to shift her to the KDAH, so she was given a discharge. She was shifted by an ambulance from Kamothe (Navi Mumbai) to Andheri. 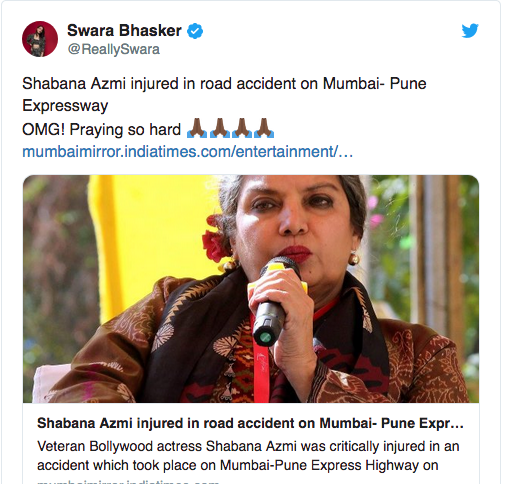 An FIR has been registered against actor Shabana Azmi’s driver, Amlesh Yogendra Kamat.

According to police, the complaint has been registered by Rajesh Pandurang Shinde, the truck driver as his vehicle was hit from behind by the Azmi’s car.

“Due to rash driving by the car’s driver, the car hit the moving truck on Pune-Mumbai Expressway which resulted in the accident,” the FIR copy read.

Meanwhile, Bollywood actors like Swara Bhasker and Nora Fatehi are praying for the speedy recovery of Shabana Azmi.

Actress-host Tara Sharma Saluja is glad to hear Shabana is "out of danger and stable." "Prayers for a full and speedy recovery & love from us all.

As per information, her car, in which her husband and National Award winning poet-lyricist Javed Akhtar was also travelling, rammed into a truck from behind on the highway on the Mumbai-Pune lane around 4.15pm on Saturday, according to a highway patrol policeman, Babasaheb Chemate.

The injured actress was brought out of the car, kept on the road briefly, and later rushed to the MGM-MCH at Kamothe.

The 69-year-old actress underwent the initial tests and treatment to ascertain the extent of her injuries, and then shifted to the multi-speciality KDAH in Mumbai.