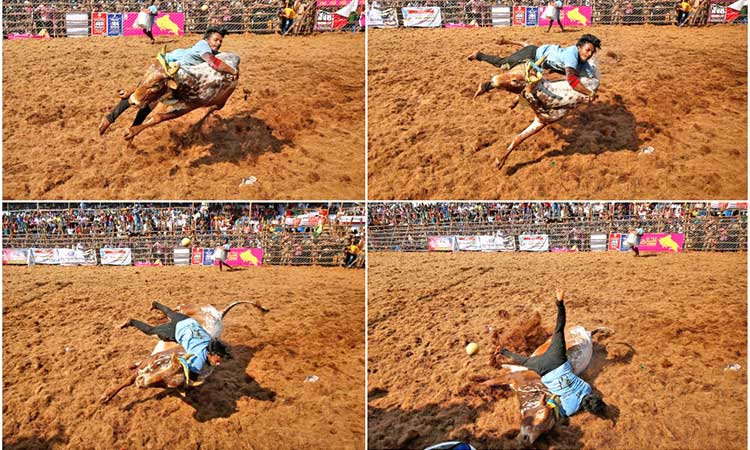 A combination of photos shows a villager trying to control a bull during a bull-taming festival in Tamil Nadu on Friday. Reuters

A bull owner lost his life when another bull attacked him in the south Indian state where the bull-taming sport of Jallikattu was held on Friday.

Meanwhile, around dozens of young men were injured on the first day of a traditional bull-taming festival in Alanganallur town in Tamil Nadu's Madurai district that activists say is dangerous for both humans and animals.

The sport is extremely popular in rural pockets of Tamil Nadu where every year hundreds of young men try to hold the hump of the beasts and run, as spectators cheer raucously at events held across the state. 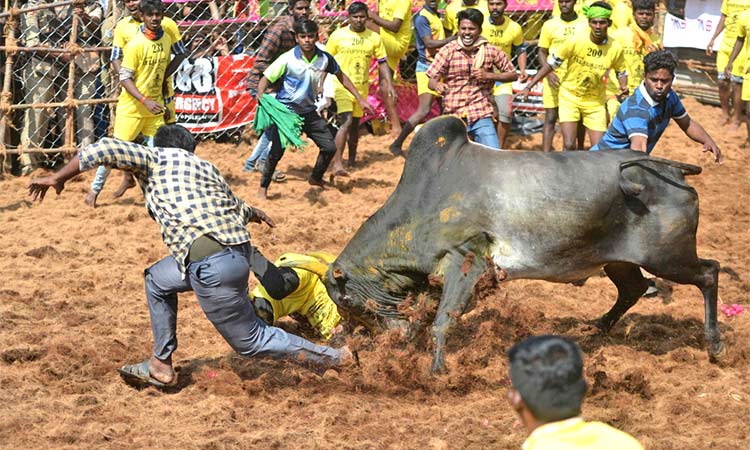 A participant falls under a bull during the annual bull taming 'Jallikattu' festival in Palamedu, Tamil Nadu, on Friday. AFP

On the opening day of the festival on Thursday, more than 20 men were injured in the city of Madurai as over 600 men wrestled with as many bulls, officials told local media.

A female spectator was also injured when a bull hit her near the exit to a venue, the Press Trust of India reported.

Images showed men in colourful jerseys trying to grab the bulls who swayed their long horns and gnarled in fury.

In past years, competitors have been gored to death.

India's Supreme Court had outlawed the sport in 2014 after a plea by animal rights groups.

However, the sport was reinstated in 2017 after days of massive protests following which the Tamil Nadu government stepped in and declared bull-taming was a part of the state's culture and identity.

People for the Ethical Treatment of Animals (PETA), which has been campaigning for an end to the "abusive" practice, says its past investigations had revealed the bulls were treated with utmost cruelty.

"Their tails were bitten, twisted, and yanked to force them to run towards the menacing crowd," it said in a report last year.

"Panicked bulls fled onto village streets, injuring onlookers and even goring some to death." 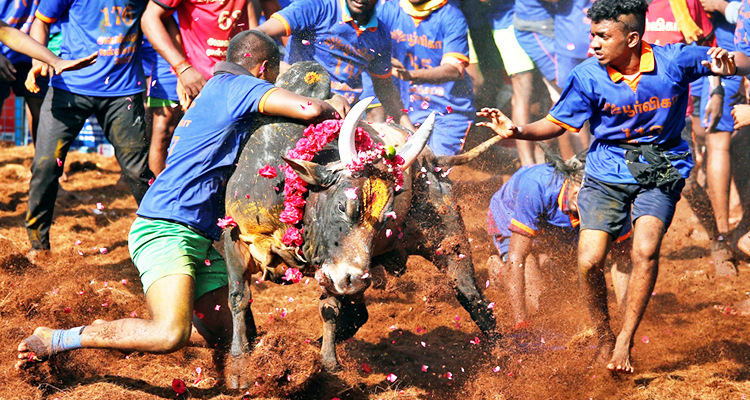