VIDEO: Fire breaks out on a yacht in Dubai, three evacuated to safety - GulfToday 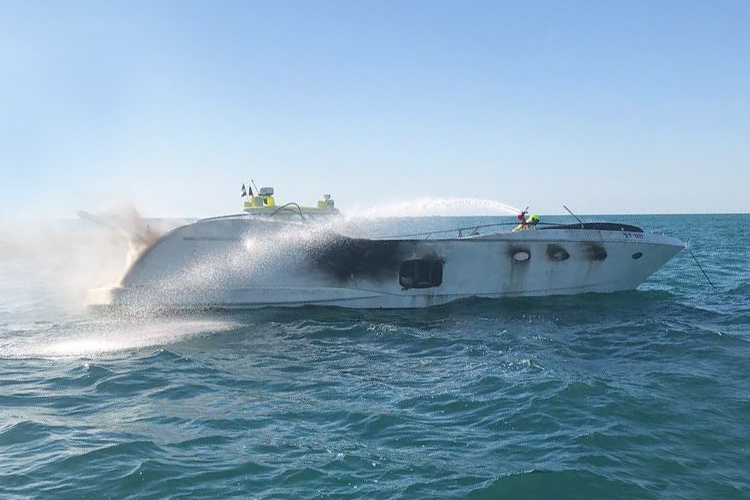 Civil Defence team members douse a fire at a yacht in Dubai.


A fire broke out on a yacht near Madinat Jumeirah in Dubai on Friday.

The DCD said on Twitter, “A fire on a yacht near Madinat Jumeirah was brought under control by Dubai Civil Defence. Three people were safely evacuated and no one was injured in the blaze that appears to have been caused by engine failure and fuel leakage.”

A team of experts was at the site to investigate the cause of the fire.