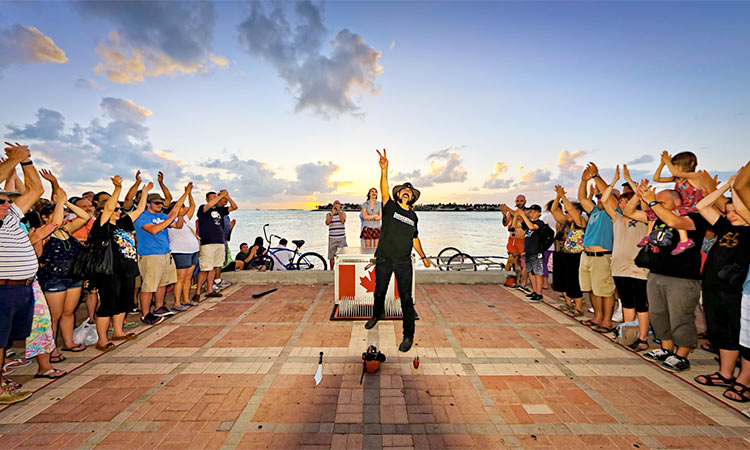 This stretch of Sharjah will turn into a colourful arena of fun and frolic for over 17 days until February 1, 2020, with 30 celebrated artists from the United States, Italy, Chile, Argentina, United Kingdom, Canada, Venezuela, Australia, Ireland, Spain, Japan, South Korea and Brazil entertaining the crowds across seven locations.

Performances will include over 600 acrobatic, circus, magic, music, variety, juggling and stunt shows which will run from 2:30 p.m. — 11:00 p.m. daily, promising over 300 hours of entertainment for the entire family.

Through these acts, Sharjah Fringe Festival will introduce the best performances, which are all free of charge. Audience members will also be able to interact with performers and also be called out to partake in many of the acts.

The Sharjah Fringe street programme line-up Magic Brian presents classic magic, and some crazy ideas to create a unique and original act that will fascinate audiences.

Pizza-baking Dino Lampa will offer a full entertainment buffet featuring a breath-taking menu of balancing, dance, acrobatics and quick changes as well as an outstanding main course of juggling with objects and words.

Mr Copini will use body language to connect with the audience on his fun show The Herock, a combination of improvisation, circus technique, music and good humour.

Paul Nathan’s award-winning magic show, The I Hate Children Children’s Show stars the ‘meanest man in the world’ and features live music. Every child 8 years or older will be invited to help with the magic.

Dan The Hat is a juggler, comedian and ‘stupid stuntman’, whose show involves audience interaction and improvisation.

Billy Kidd will turn paper to money, read people’s minds, and stage a comical Houdini escape routine that is great fun for all ages.

Dancing juggler Katay Santos will balance atop a stack of chairs, tumble across the floor twirling a giant vase, while dancing and performing handstands. For all ages.

Theatre without chairs or curtains.

Street Coffee will show slices of life from the street through several skits and gags that evoke mirth and entertainment.

Ey Pacha is a multidisciplinary one-man variety show in which live music, magic, beatbox and comedy is performed by the same eccentric character.

Unstable Acts’ Pete Anderson is a comical Rubik’s Cube-solving knife-master who will scale a 10ft freestanding ladder backwards, dressed in a kilt, among other acts.

Able Mable is a warm, funny showgirl, eager to entertain but messing up everything she does with comic results.

Anything is possible when Stickman appears with a giant toy chest — when it opens, a cloud of flying objects and laughter will emerge! Children will explode with laughter at the high-energy The TNT Show where characters will walk out of a cartoon and into real life, a daring mix of circus, clowning and physical comedy.

Herosan will turn the stage into a dojo to perform incredible tricks. He will juggle beans with chopsticks, lift himself in handstands in the most incredible positions and even perform a Kung Fu routine with volunteers.

More comedy with self-taught circus comic Hugo Miro who will blend into different characters according to the audience taste.

Plated Spin is absurd clown theatre and improvisation of heroic proportions, both subtle and manic in turns. A very funny and different street act. 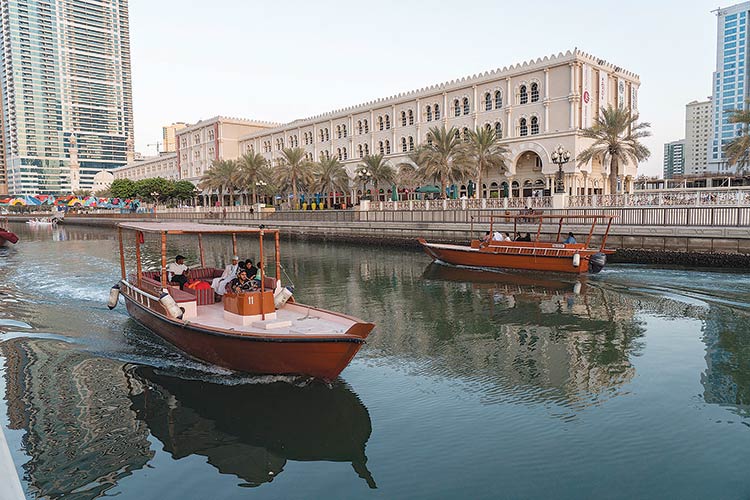 In conjunction with Zayed Humanitarian Day and the ‘Year of the Fiftieth’ that celebrates the unique human journey of the first fifty years of the UAE’s history, and prepare for the effective and sustainable transformation of the next fifty years