The Philippine Consulate General in Al Qusais, Dubai will be the drop-off point on Saturday, for donations for the evacuees in the imminent “explosive eruption” of Taal Volcano in Batangas Province of the Southern Tagalog Region, approximately 71.8 kilometres (kms) south of Manila.

It is the third most active volcano in the Philippines.

The Philippines, according to Manila’s Department of Science and Technology-Philippine Institute of Volcanology and Seismology (DoST-Phivolcs)-Volcano Monitoring Division chief Mariton Bormes, consists of “dead, dormant and active volcanoes.”

With 33 minor and major eruptions recorded from 1572 to 1977, Taal Volcano not only decimated thousands of lives and caused huge property losses; but also altered the geography and seat of power and authority of  Batangas as Taal Town, which used to be the provincial capital on the shore of Taal Lake was buried in the 1754 big bang and local authorities decided that the capital (Batangas City) be far away from the destructive volcano.

The last major eruption of the volcano was in 1977.

Any imminent “explosive eruption” since the Jan. 12 phereatic (steam-driven) activity may result in another alteration of the topography of Batangas and neighbouring provinces.

DoST-Phivolcs had noticed the draining of the Crater Lake as of Jan. 15.

Numerous temblors and fissures in the villages and towns not only within the 14-kilometre danger zone but in 15 towns and cities of Batangas as well, have been registered since Jan. 12.

DoST-Phivolcs, on Jan. 15, had alerted the 15 towns and cities for more “base surges or the mixture of gas and smouldering rocks that travels at a speed of a maximum of 50 kms per hour” and possible volcanic tsunami.  The volcano had been quiet as of morning of Jan. 16.

As of Jan. 15, evacuees had been recorded at 38,000 people housed in 118 evacuation centres. Provincial and local government officials of Cavite, north of Batangas and where Tagaytay City is situated overlooking Volcano Island, had also declared the province to be in a “state of calamity.” 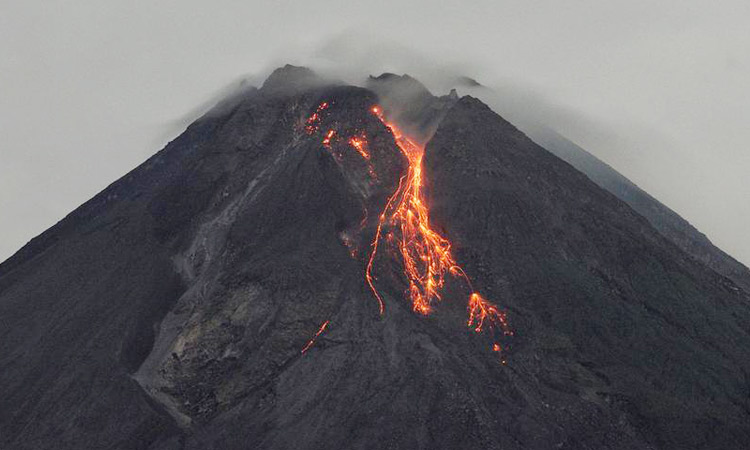 The $3 million bond will enable the disaster relief agency to get aid quickly to those suffering following the eruption of 10 named volcanoes, in Cameroon, Chile, Colombia, Ecuador, Guatemala, Indonesia and Mexico.