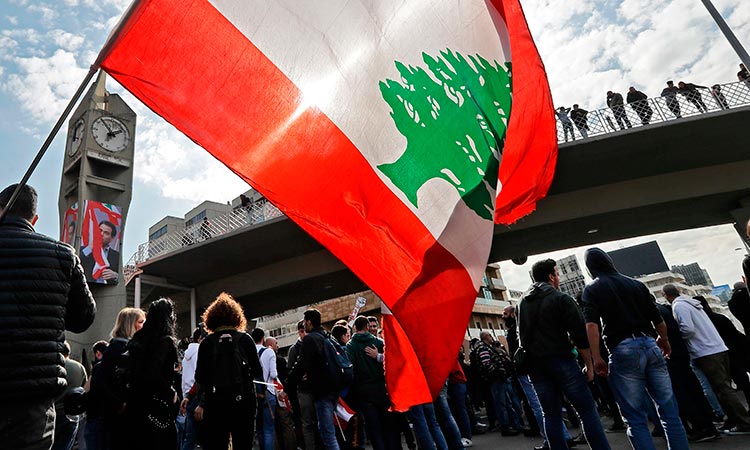 Lebanese anti-government protesters gather as they block the main highway of Jal El Dib area during a demonstration. AFP

Lebanese protesters resumed blocking major highways on Tuesday in what they said would be a "week of wrath" demanding an end to a nearly three-month political vacuum.

Although protests had declined in size in recent weeks, demonstrations have been ongoing since October, increasingly targeting banks and state institutions blamed for driving the country towards collapse.

The movement has been fuelled by a crippling economic crisis, the worst since Lebanon's 1975-1990 civil war. 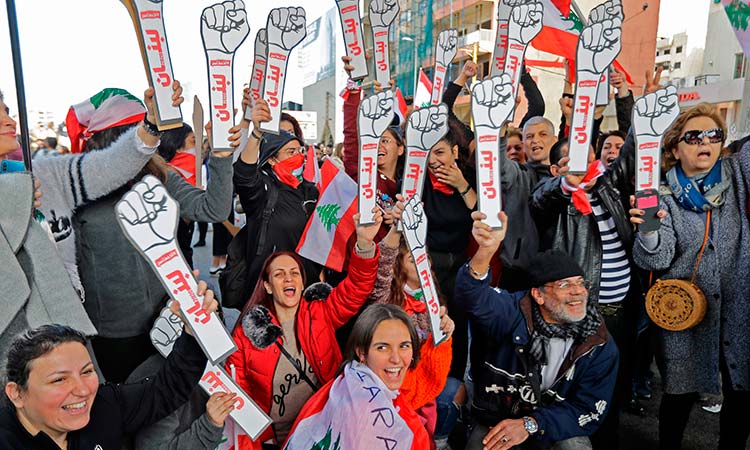 As a liquidity crisis grows and the cost of living rises, protesters have returned to the streets to urge politicians to speed up the process.

Laila Youssef, 47, said she was taking part to call on politicians to wake up.

"We've gone back to closing down roads because we can't stand it anymore," the mother of three told AFP.

"What we earn today is not enough to buy the basics for home," she said.

Many Lebanese have lost their jobs or seen their salaries reduced by half in recent months. 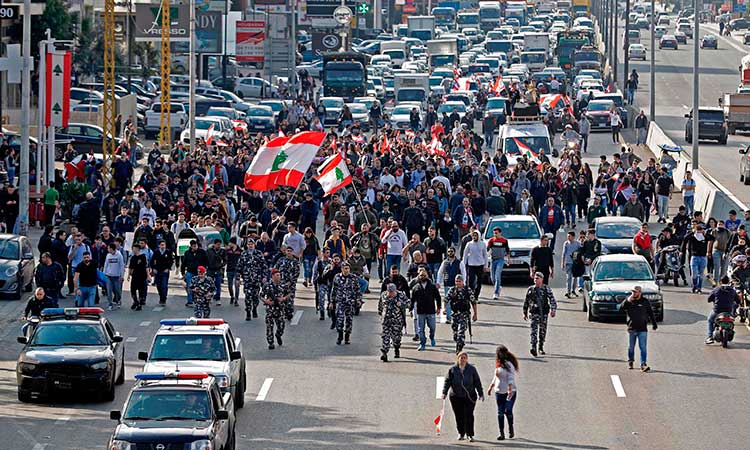 Lebanese anti-government protesters block part of the main highway in the area of Jal El Dib on Tuesday. Joseph Eid/AFP

Even as banks cap withdrawals, the value of the Lebanese pound to the US dollar has fallen by almost 40 percent on the parallel exchange market.

There were demonstrations on Tuesday in the provinces too, including second city Tripoli and the southeastern town of Hasbayya, Lebanese television channels showed.

A protester in Tripoli said the situation had become "unbearable".

"Prices are exorbitant, yet still they're taking their sweet time" to form a new government, he told LBC television.

In December, a new premier was tasked with forming a government but the country's rival political parties have failed to agree on names put forward for the various ministries.

The protesters are demanding a new government made up solely of independent technocrats, but analysts warn this may be a tall order in a country ruled by a sectarian power-sharing system since the end of the civil war. 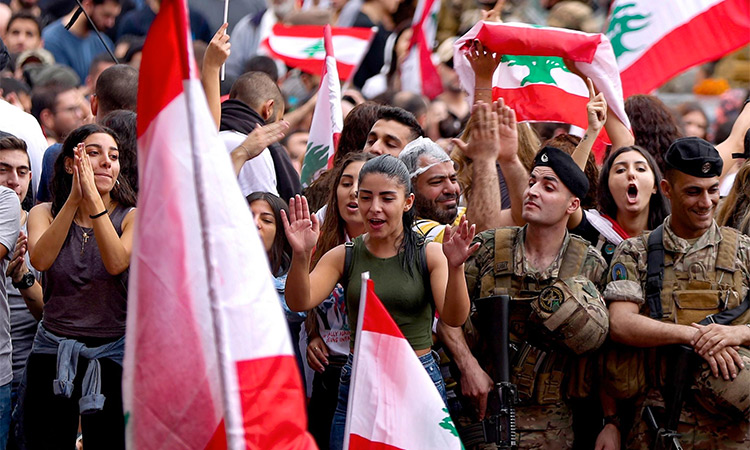