The Dubai Public Prosecution referred an Arab salesman, 24, working in a store for selling jewellery to the Dubai Criminal Court on charges of stealing around Dhs65,000 in several currencies from his place of work.

The defendant confessed during the interrogations that he was available in the store alone when he went to the safe and used the key to open it and steal the amounts that were there that belonged to various currencies. The defendant added that he did not count the money, put the key where it was and left the place following the arrival of one of the store employees. He headed directly to the airport and booked an airline ticket to a European country.

He also sent part of the money to his family in his home country but found that he had to pay a fine because his sponsor did not renew his residence visa. He paid the fine and at the door of the plane he was stopped and arrested by a policeman.

Recently, Dubai Police returned an expensive watch to a tourist from Russia which she had lost during her Dubai visit.

Colonel Mohammed Aqeel Ahli, Deputy Director of the General Department of Criminal Investigation, said that there was no report in our database that matched the lost watch we have found.

It was necessary to find an alternative solution to identify the owner. “After contacting a number of concerned entities, it turned out that the watch was not purchased in the UAE.

Therefore, we sought other means of help and investigations and finally found the match,” Col. Ahli added.

“When contacting the watch owner, the Russian tourist said that she is currently in her home country and she did not file a report because she was not sure where she had lost it whether in Dubai or Moscow.” he continued.

“The tourist was surprised to receive the call from Dubai Police, and she was very grateful for getting back her expensive possession” Col. Ahli added.

Col. Ahli stressed that the Dubai Police General HQ was keen to restore rights to their owners and exert all efforts to ensure the happiness of the emirate’s visitors, residents and citizens as per the strategic objectives of Dubai Police and the directives of Major General Abdullah Khalifa Al-Marri, the Commander-in-Chief of Dubai Police. 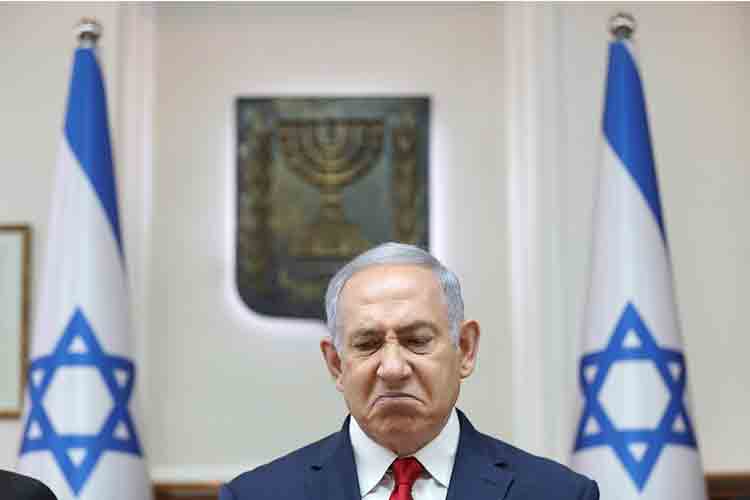 Benjamin Netanyahu indicted for bribery, fraud and breach of trust

Attorney General Avichai Mandelblit "decided to file charges against the Prime Minister Benjamin Netanyahu for offences of receiving a bribe, fraud, and breach of trust," a ministry statement said.

Woman in the dock for stealing Dhs3,500

An Asian saleswoman, 33, hid in a corner of the shop she was working for until all the employees left and stole around Dhs3,500 from the cash boxes.

Gang of five steals cars, exports them as spare parts

The Dubai Criminal Court on Monday began the trial of a gang of five Asians, an Arab businessman and another (fugitive) who are facing charges of stealing cars and exporting them as spare parts.