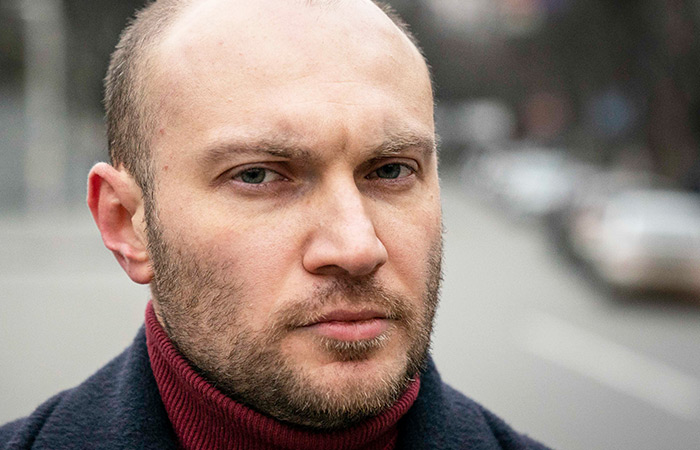 Andrey Buzarov stands during an interview in Kiev, Ukraine, on Sunday. AP

The thirst for tourism saved the life of a Ukrainian political analyst. Andrey Buzarov was in Tehran, Iran’s capital for an international conference. After the conference was done, he decided to see the city for an extra day, thereby, changing his ticket.

According to the consultant to the Ukrainian parliament, his original plan would have put him on the flight that Iran shot down by mistake last week, killing all 176 people on board.

"I found out within an hour after the crash. My friend, an Iranian, came to me and showed photos from local Iranian social networks; the media hadn’t written yet, no one had information,” Buzarov said.

His top concern was to let his mother know he was alive. But she lives in a rebel-controlled part of eastern Ukraine and communication with the region is difficult. His mother uses Facebook, but that social network is banned in Iran. He finally got across to her using VPN.

He was in Tehran when millions jammed the streets to mourn the death of Iran's top general, Qassem Soleimani, who was killed by a U.S. strike in Iraq.

The crowds of mourners showed "the colossal unity of the Iranians against the Americans. Many people craved revenge,” he said. "But when the events related to the plane took place, I saw that opinions changed.”

The gravity of the crash took time to register with many Iranians, partly because little information was officially reported, he said.

Buzarov was able to return to Ukraine on Friday, getting a flight with Azerbaijan Airlines. The next day, Iran admitted that one of its missiles had shot down the plane and Buzarov watched from afar as protests against the government gathered.