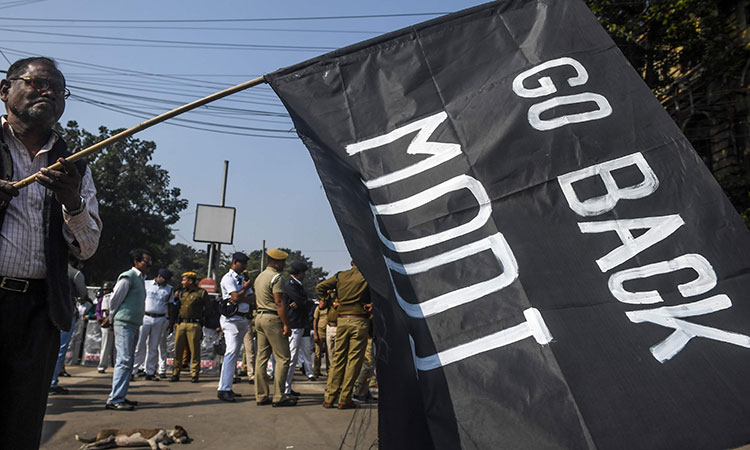 A demonstrator (left) holds a flag on which is written 'Go Back Modi' to protest against Narendra Modi in Kolkata. AFP

Thousands of angry protesters took to the streets to tell India's leader he was unwelcome in Kolkata on Saturday, in the latest rally against a citizenship law that critics say discriminates against Muslims. 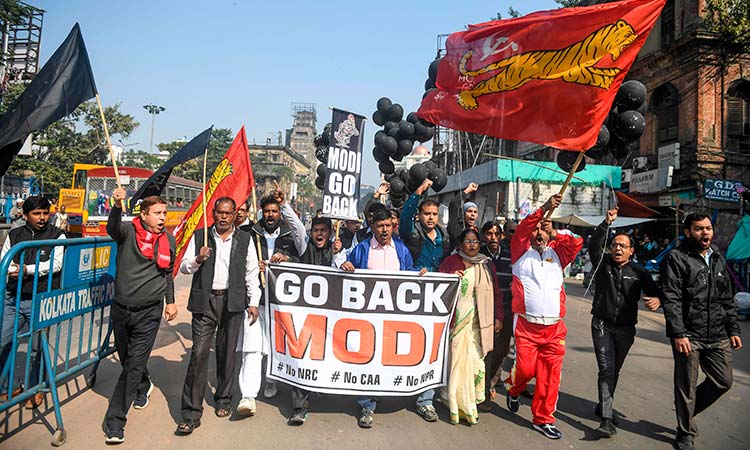 Demonstrators shout slogans to protest against Narendra Modi in Kolkata on Sunday. AFP

Police said nearly 30,000 protesters took to the streets of Kolkata to denounce Prime Minister Narendra Modi's visit, with many linking hands to form human chains that spanned miles through the streets of the eastern megacity.

"What we are fighting for is the future of India," Surita Roy, a woman who joined the rally, told AFP.

A crowd mobbed the city's airport and chanted "We are against fascism" as the Indian leader's plane touched down before he transferred to a military helicopter that carried him to the house of West Bengal state leader Mamata Banerjee -- a vocal critic of Modi's ruling Hindu nationalist government.

Police stopped protesters from following Modi to the chief minister's house, but Banerjee told journalists after their meeting that she had asked him to repeal the law "for the larger interests of the country" and then joined the street protests herself.

Critics say the law is a precursor to a national register of citizens that many among India's 200 million Muslims -- around 15 percent of the country's population -- fear will leave them stateless. Many poor Indians do not have documents to prove their nationality. 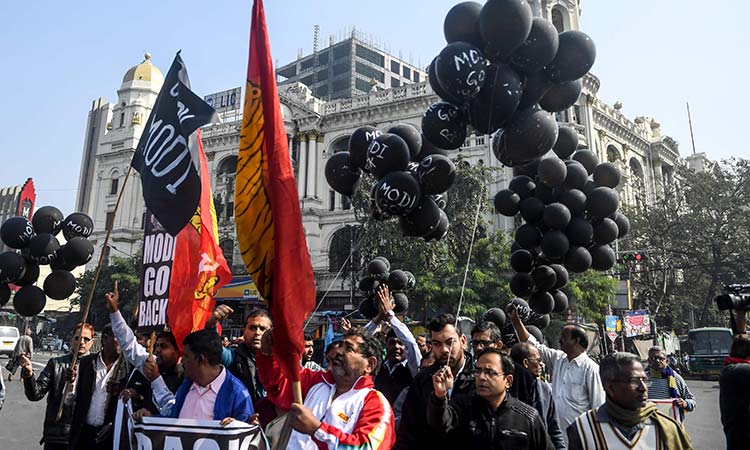 Modi has in turn accused his political opponents of "misleading" and "inciting" people against his Hindu nationalist government.

His party has launched a door-to-door campaign in a bid to dispel "misinformation" about the law, which they insist is not discriminatory.

At least 27 people, mostly Muslims, have been killed during clashes with police after defying restrictions on demonstrations in several states of the country.

But hundreds of thousands of protesters have continued to meet public across the country and demand a rollback of the law.