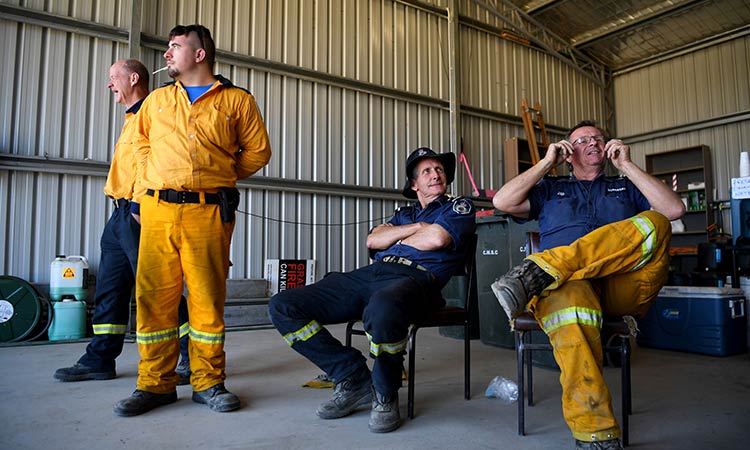 Fearing the worst from approaching bushfires, most of the roughly 230 people living in the village of Towamba in Australia's southeast left.

But the fire has spared the village and some nearby, located about 540km (336 miles) by road from Sydney. At least for now. 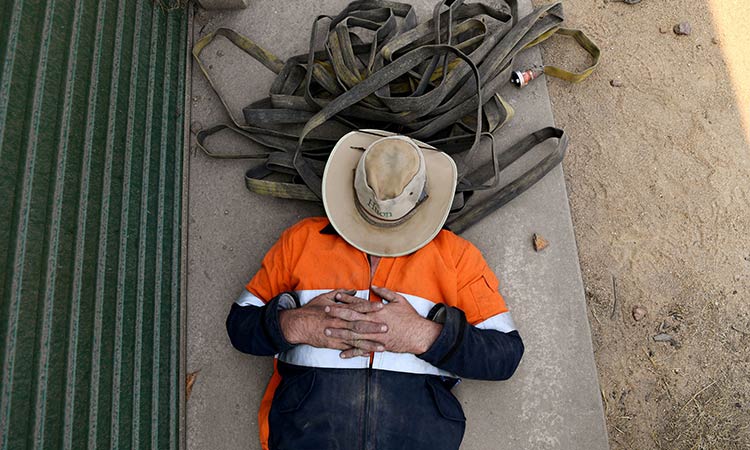 A RFS heavy plant contractor rests on a decommissioned fire hose at the RFS station in Shannons Flat. Reuters

"The authorities have been working overtime to put down a containment area and they were here last night ready to defend us, but there wasn't a lot of fire really," said Ian Lindsey, 64, as he sipped a cup of coffee.

"Anyone who needed to had retreated. I'm not surprised, last weekend was intense." 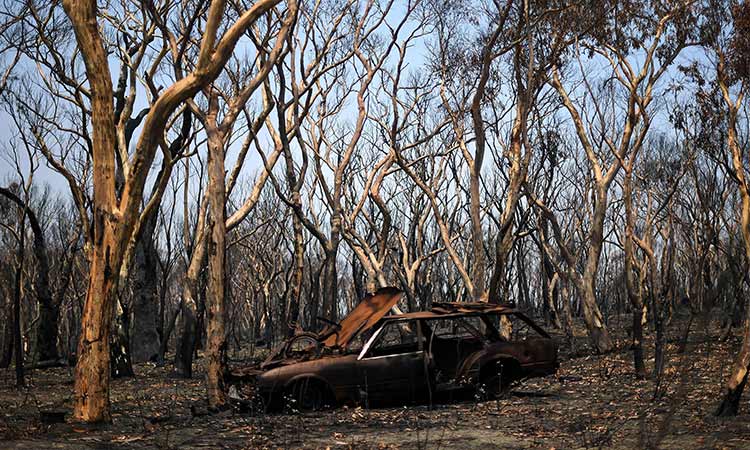 A burnt car is seen among the charred trees in Lithgow, in Australia's New South Wales. Saeed Khan/AFP

After weeks of unpredictable fires claiming 27 lives, thousands of homes and more than 10.3 million hectares (25.5 million acres) of land, Australia got a reprieve with cooler temperatures and rainfall.

But the air in Towamba, were the military was clearing felled, fire-damaged trees, was still stinging hot, dry and the sky filled with a thick haze. The only passable route in the village was rocky at places and still under construction.

Paul Kranhold, a 52-year-old tiler, said last week's approaching fires had sounded like planes duelling in the sky. Nonetheless, he stayed to fend for his house. 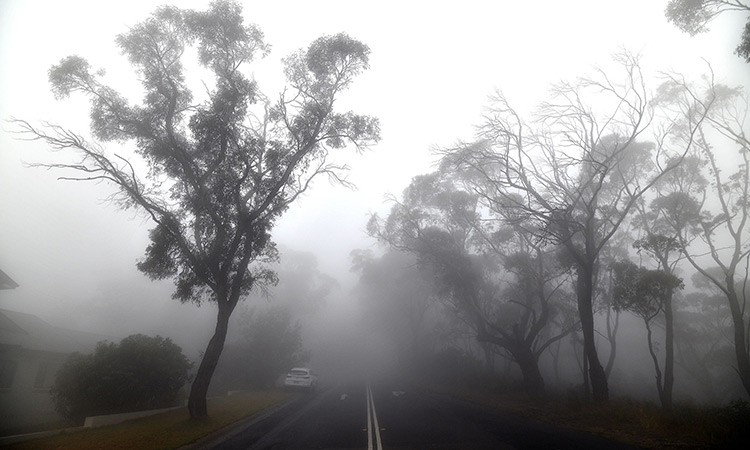 Thick fog mixed with bushfire smoke fills the sky in the Ruined Castle area of the Blue Mountains on Saturday. AFP

"It was pretty nerve-wracking last night as that wind changed," he said, smoking a hand-rolled cigarette.

"I've got a four-bedroom house so I thought if I can save that, then I can take in those people whose homes are gone. They can come stay here because there's nowhere for many of them to go."