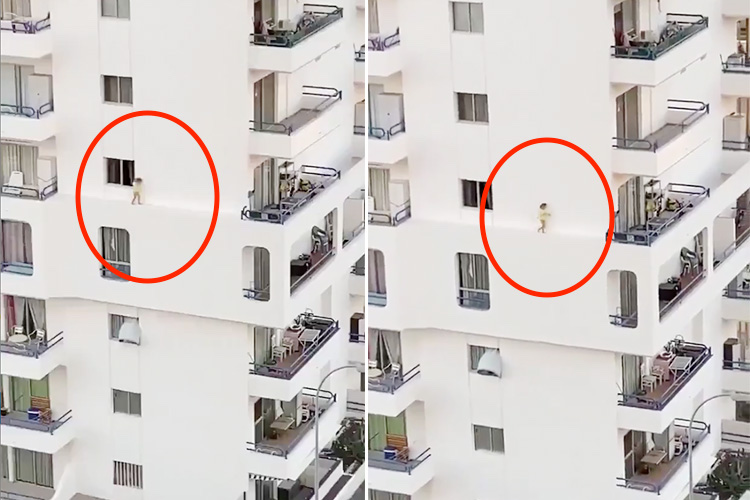 A bone chilling video clip of a toddler moving fearlessly on the ledge of a hotel apartment in Spain’s Canary Island has been circulating on the social media platforms.

The video clip showed the girl walking leisurely on the highrise’s ledge between the windows of her family's apartment and the balcony.

The video is believed to be from Spanish resort of Playa Paraíso, in Adeje, Tenerife in the Canary Islands. 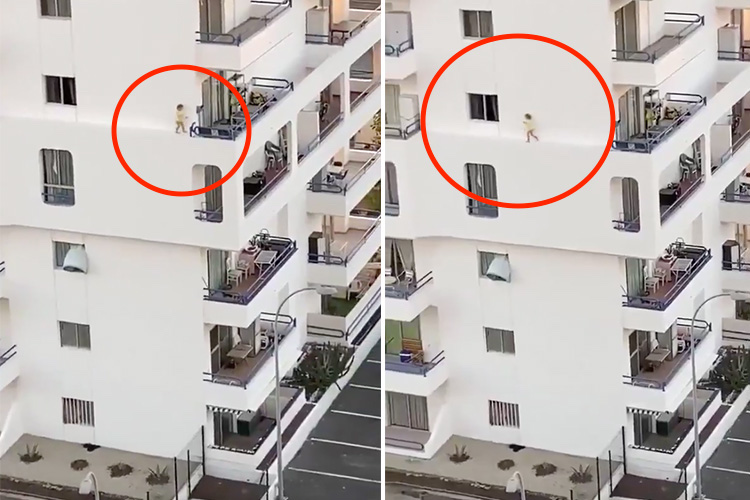 Girl is seen going to and fro on the ledge in these video grabs.

The video was shot from an apartment from across the road.

Parents’ negligence was seen behind the incident which took place on Saturday.

Alarmed neighbours were surprised to the see the young girl’s action.

Police have launched an investigation in to the incident.