56 killed, 200 injured in stampede at the funeral for Soleimani slain in US strike - GulfToday 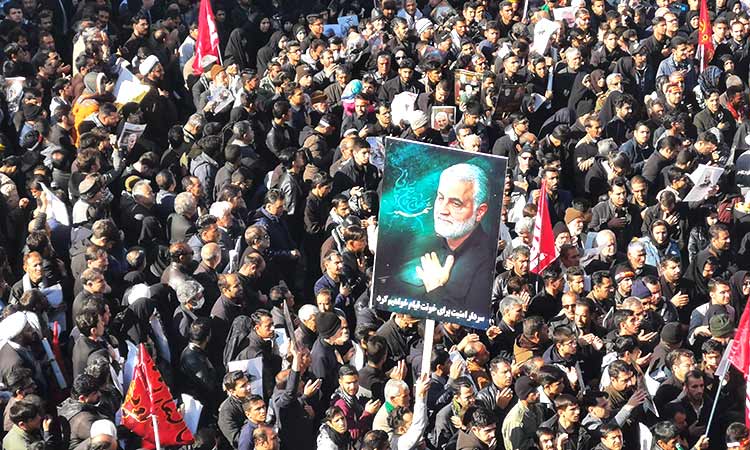 A stampede broke out Tuesday at a funeral for a top Iranian general slain in a US airstrike, and at least 56 people were killed and more than 200 were injured as thousands thronged the procession, Iranian news reports said.

There was no information what set off the crush. Online videos showed people lying apparently lifeless, their faces covered by clothing. Emergency crews performed CPR on others as people wailed in the background.

Mourners in Kerman dressed in black carried posters bearing the image of Revolutionary Guard Gen. Qassem Soleimani, a man who Monday drew Iran's supreme leader to weep over his casket as a crowd said by police to be in the millions filled Tehran. Although there was no independent estimate, aerial footage and Associated Press journalists suggested a turnout of at least 1 million, and the throngs were visible on satellite images of Tehran taken on Monday. 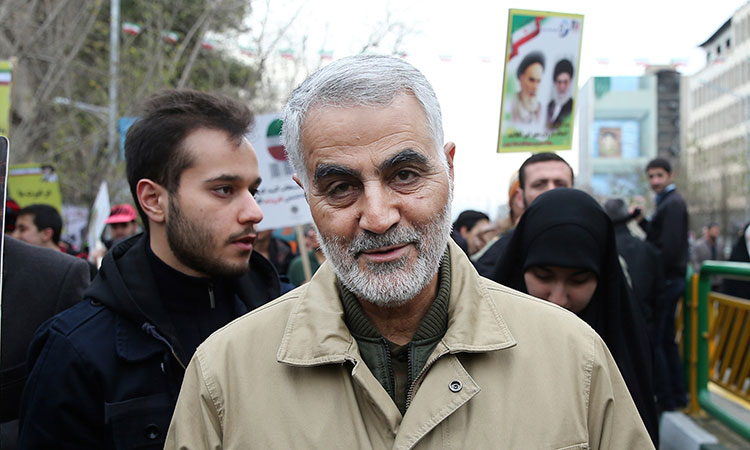 Qassem Soleimani attends a rally of the anniversary of the 1979 Islamic revolution in Tehran. File photo/AP

Authorities later brought his remains and those of the others to Iran’s holy city of Qom, turning out another massive crowd.

The outpouring of grief was an unprecedented honour for a man viewed by Iranians as a national hero for his work leading the Guard’s expeditionary Quds Force. The US blames him for the killing of American troops in Iraq and accused him of plotting new attacks just before his death on Friday in a drone strike at Baghdad’s airport. Soleimani also led forces in Syria backing President Bashar Assad in a long war, as well as served as the point man for Iranian proxies in countries like Iraq, Lebanon and Yemen.

His slaying already has pushed Tehran to abandon the remaining limits of its 2015 nuclear deal with world powers as his successor and others vow to take revenge. In Baghdad, the parliament has called for the expulsion of all American troops from Iraqi soil, something analysts fear could allow Daesh militants to mount a comeback.

Officials brought Soleimani's remains and others killed in the airstrike to a central square in the city of Kerman, a desert city surrounded by mountains that dates back to the days of the Silk Road. He'll be buried in his hometown late on Tuesday.