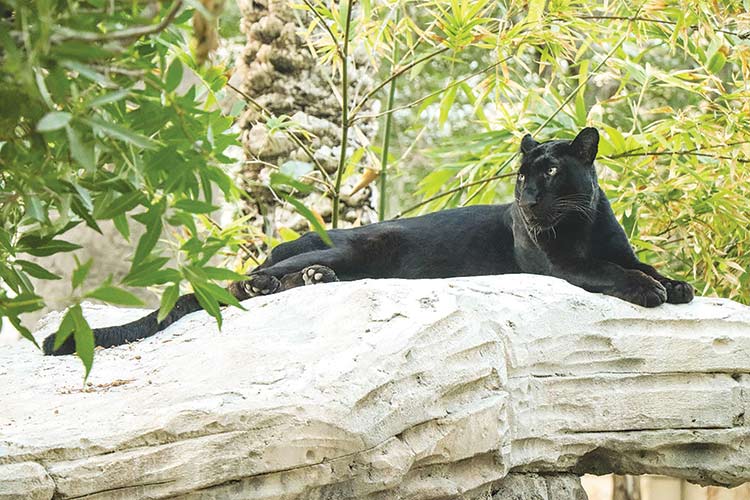 Jax has settled in his new home.

If you have always wanted to get up close to one of the wild’s most alluring animals, then you won’t want to waste time getting down to Emirates Park Zoo. As of 2nd January 2020, it welcomed a very special new addition to its roaring family, Jax the Black Panther. With all the coolness of Chadwick Boseman surveying his Wakanda domain, Jax has already settled into his new home and shown everyone how suave and sweet he is.

Now if you are looking at that picture and thinking, “that is a jaguar”, you wouldn’t actually be wrong. The term ‘black panther’ is actually applied to two different types of big cats, leopards (Panthera Pardus) and jaguars (Pantera onca) when they have a black or white colour mutation. You would most commonly find the leopards in Africa and Asia and the jaguars in Central and South America. Oddly enough, black jaguars are not completely black. They actually have distinctive black spots called ‘rosettes’, but they are hard to see unless you are up close as their fur is so dark. Only 6% of the jaguar or leopard population are born with melanism, the name of the dark colour pigmentation mutation that causes the black fur.

There are so many unique attributes to the black panther! They are great swimmers and even more adept at climbing trees. They often use trees as cover to pounce on their prey, leaping up to 20 feet to catch deer, monkeys, rabbits and birds. To hunt such nibble creatures, they also have fantastic hearing, piercing eyesight and a strong jaw to defend against attacks. Given its smart, stealth-like approach to hunting, the black panther is often known as ‘the ghost of the forest’; which is why it isn’t hard to understand why it became the symbol for such an amazing super hero.

Like many animals that end up requiring care outside of the wild, Jax was originally rescued by a kind individual who then donated him to Emirates Park Zoo so he could receive expert support and a healthy environment in which to grow big and strong. Believed to be between one and a half and two years old, Jax is likely to live to around the age of 15. As the first black panther at Emirates Park Zoo, the whole carnivore team are incredibly excited, but very keen to find him a partner to play with. As part of their conservation efforts, Emirates Park Zoo works with a range of zoological institutions around the world, so they have been reaching out to see if any suitable friends could be found who are also in need of a beautiful companion. 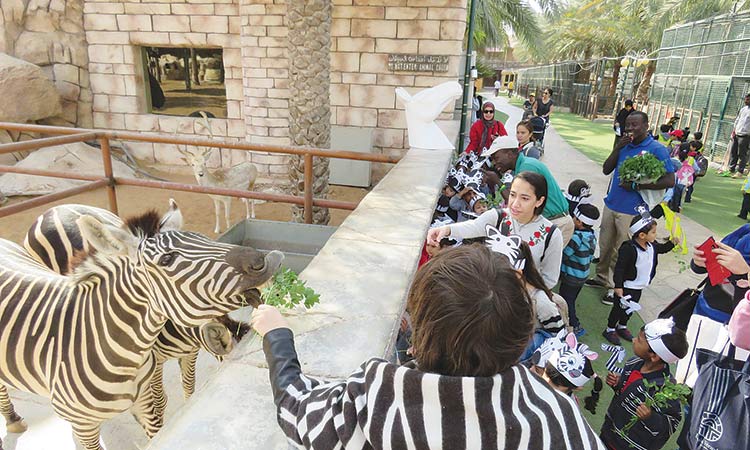 Data recorded by Emirates Park Zoo in collaboration with other zoos and aquariums worldwide has been featured on the journal Proceedings of the National Academy of Sciences (PNAS). 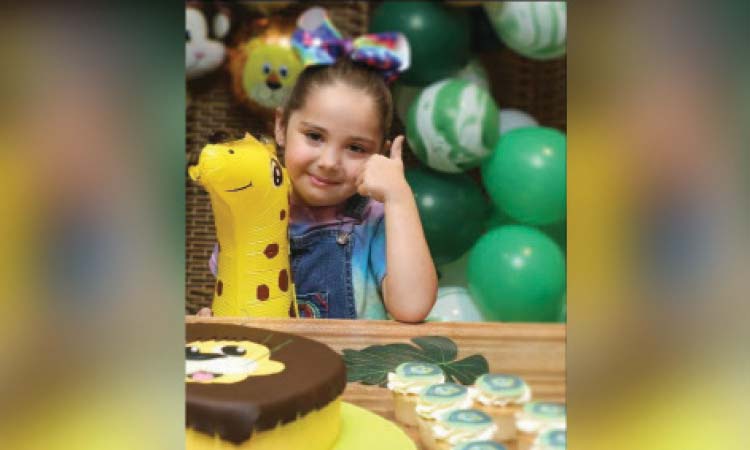 On Sunday 10th November join the furry and wild family at Emirates Park Zoo for a very special day to celebrate ten years since they opened their doors. There will be exciting adventures, exclusive animal encounters and lots of fun activities for the whole family to enjoy. Best of all? There are a host of Birthday offers and discounts so you can have the best day out ever.