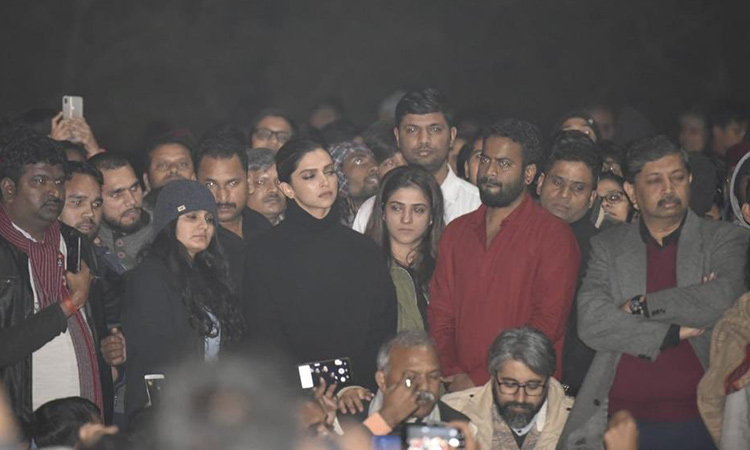 Deepika Padukone stands with the students at the Sabarmati T-point at Jawahar Lal University, New Delhi, on Tuesday.

The actor was spotted standing with the students at the Sabarmati T-point, where a public meeting was called by alumni of JNU over Sunday's violence in the varsity.

She also met JNUSU President Aishe Ghosh who was injured in the violence. 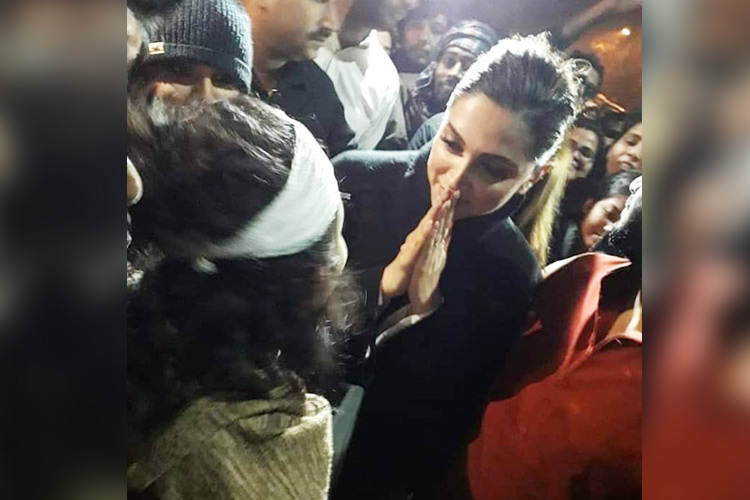 Padukone did not address the meeting and left after an hour.

Several Bollywood personalities have come out on the streets here and held peaceful protests against the attack on JNU students.

The protests were held on Monday evening at Mumbai's Carter Road Promenade.

On Sunday, a masked mob had entered JNU campus in Delhi and assaulted students and teachers, leaving over 30 students injured.

With Bollywood joining in the protests, photos and videos have taken over social media. The celebrities themselves also shared a few pictures on social media.

Sharing a photo from the peaceful protest, Richa Chadha tweeted: "Tricolour is the star. No one shall steal your thunder".

Filmmaker Anurag Kashyap was snapped at the protest holding a placard which read: "Enough". The filmmaker shared the picture on Instagram.