Over 1,000 protest in Bangladesh after student raped - GulfToday

Over 1,000 protest in Bangladesh after student raped 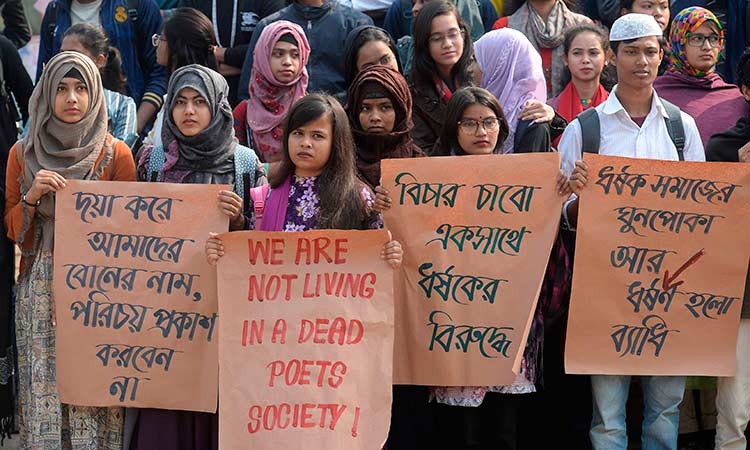 Dhaka University students hold rally to demand punishment for the people involved in the rape case of a female student of the university. AFP

More than 1,000 students and activists on Monday linked their hands, chanted slogans and marched through Bangladesh's main public university after a second-year student was raped, police said.

The protesters gathered on the campus in Dhaka, the capital, after the victim was rescued and taken to Dhaka Medical College Hospital around midnight Sunday. 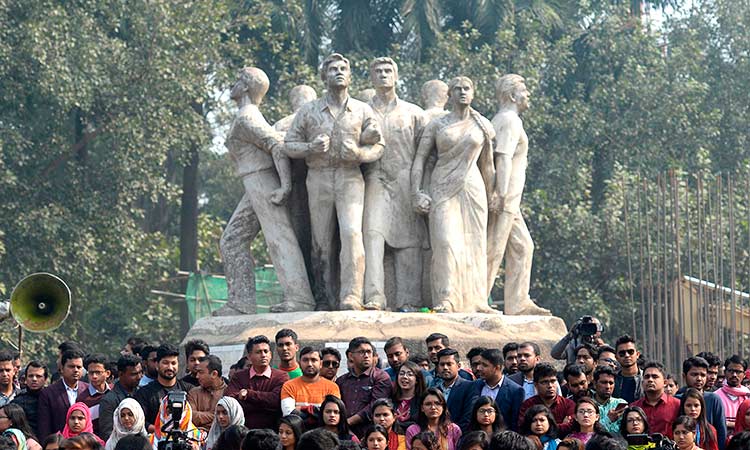 The victim was walking to a friend’s place after getting off a university bus on Sunday evening, but someone grabbed her from behind, gagged her and took her to an empty place nearby, where she was attacked, police said.

The protesters chanted slogans demanding the arrest of whoever was responsible and safety for women. Some carried festoons reading, "No more rape, we want justice” and "We want the highest punishment."

Kazi Sahan Haque, the police chief at Kurmitola Police Station, said authorities recorded a case filed by the victim's father and were investigating. 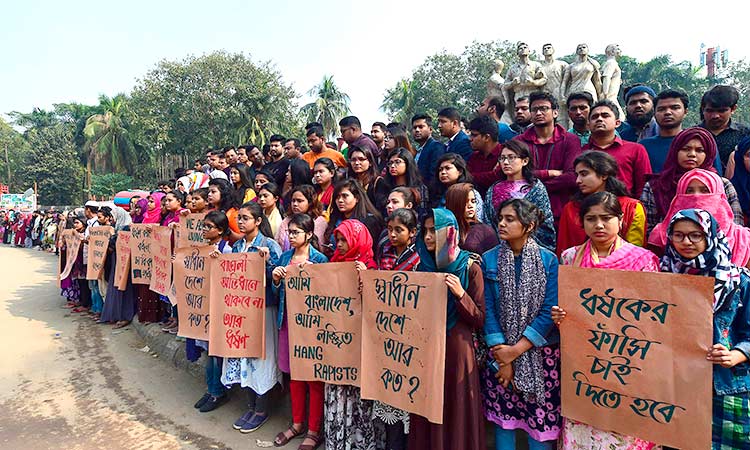 Dhaka University students hold placards demanding punishment for the people involved in the rape case of a female student in Dhaka. AFP

Sohel Mahmud, the head of the forensic department at Dhaka Medical College Hospital, said an examination of the victim found evidence of rape and assault.

In Bangladesh, a Muslim-majority conservative nation of 160 million people, women regularly face various forms of harassment including rape and tortures. Bangladesh Mahila Parishad, a network of women groups, said it recorded 697 rape cases in 2018 and 592 cases in the first half of 2019.

Cleaner in the dock for raping colleague

A cleaner is facing charges at the Dubai Court of First Instance for allegedly raping his colleague.