VIDEO: Half a billion wild animals die in Australia bushfires 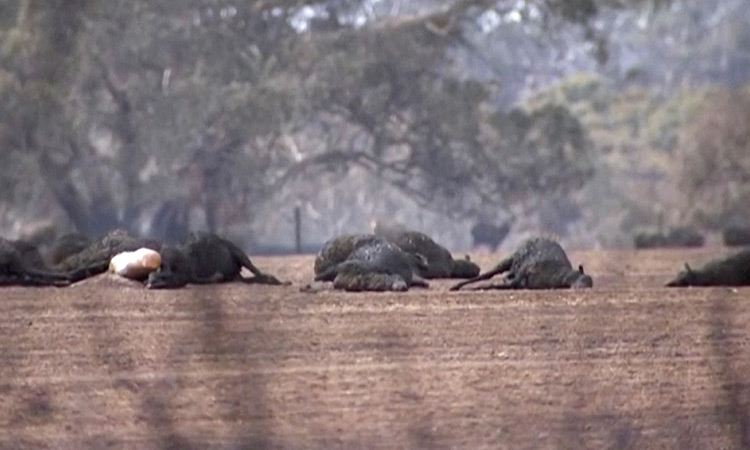 As Australian authorities battle to tackle the bushfires raging across the country, reports of death of half a billion wild animals in the inferno in New South Wales made the Twitterati discuss the enormity of the situation, with fears that the situation may worsen.

Fires have ravaged more than 8 million hectares (19.8 million acres) of land across the country, an area nearly the size of Austria, killing 25 people, destroying thousands of building and leaving some towns without electricity and mobile coverage.

One user listed the number of people and animals that had perished in the fires. He said that apart from 24 people, 8K koalas, 500M other animals were dead. More than 1,400 homes were destroyed, over 5.5 million hectares burned, and more than 10 million people faced toxic bushfire smoke, he added. 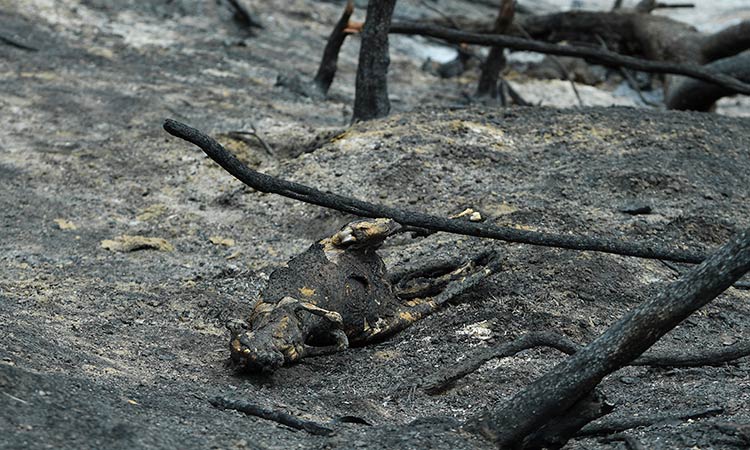 Twitterati posted pictures of animals burnt to death or those rescued by firefighters and others.

A user wrote: "This is just heartbreaking. Please pray for Australia."

One said: "Let's pray together for rain in Australia."

A post read: "Let's pray hard for them. There are not only humans, but also thousands of animals which are affected." 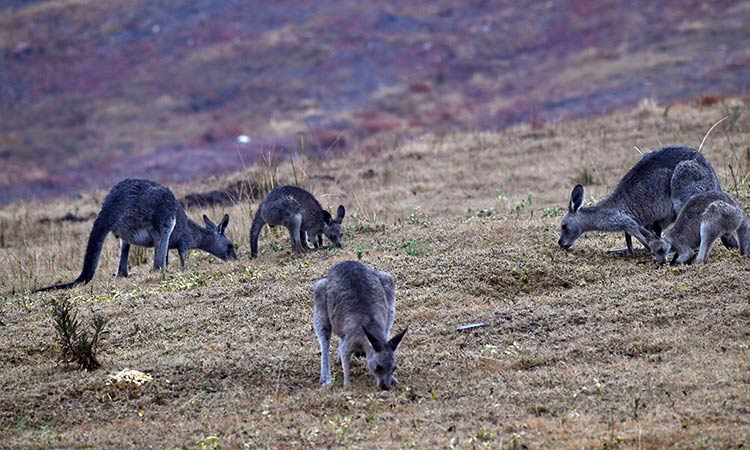 Kangaroos move close to a residential area from bushland in Merimbula,  Australia, on Monday. Saeed Khan/AFP

"#PrayForAustralia. Pray for heavy rain over there. God, please show us Your mercy. We realized that we don't take good care of this earth as you want us to do," read one tweet.

It has been described as Australia's Galapagos Islands and has long been a refuge for some of the country's most endangered creatures. But devastating wildfires over recent days have undone decades of careful conservation work on Kangaroo Island and have threatened to wipe out some of the island's unique fauna altogether.

Experts working on the island say the fires have killed thousands of koalas and kangaroos, and also have raised questions about whether any members of a mouse-like marsupial species that carries its young in a pouch have survived. Similarly, it remains unclear how many from a unique flock of glossy black-cockatoos got away from the flames and whether they have a future on an island where much of their habitat has gone up in smoke. 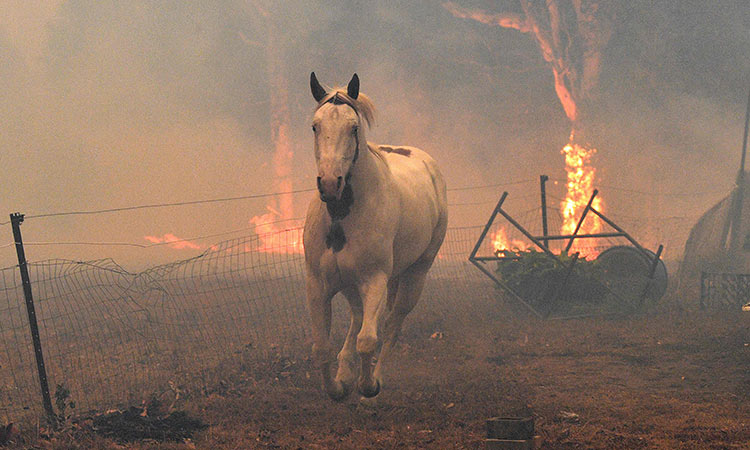 This picture shows a horse trying to move away from nearby bushfires in Nowra, Australia. Saeed Khan/AFP

Located off the coast of South Australia state, Kangaroo Island is about 50% larger than Rhode Island and home to 4,500 people and what was a thriving ecotourism industry. But the wildfires that have been ravaging swaths of Australia have burned through one-third of the island, killing a father and his son and leaving behind a scorched wasteland and a devastated community.

They also have left people scrambling to help the critters that have survived.

"Caring for all these animals is quite amazing," said Sam Mitchell, co-owner of the Kangaroo Island Wildlife Park. "However, we are seeing a lot that are too far gone. We are seeing kangaroos and koalas with their hands burned off - they stand no chance. It's been quite emotional.”