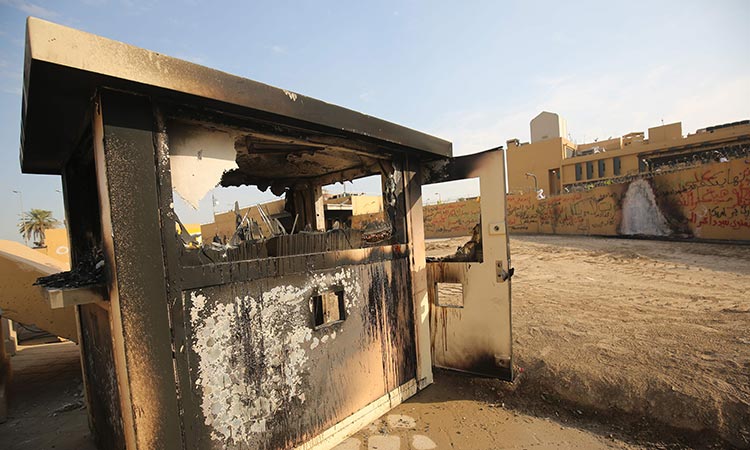 A picture shows the entrance leading to the US embassy in Baghdad on Thursday. AFP

The US embassy in Baghdad urged American citizens in Iraq on Friday to "depart immediately", for fear of fallout from a US strike that killed top Iranian and Iraqi commanders.

"US citizens should depart via airline while possible, and failing that, to other countries via land," the embassy said in a statement.

The US strike hit outside Baghdad airport early Friday but security sources told AFP it was still open to flights. 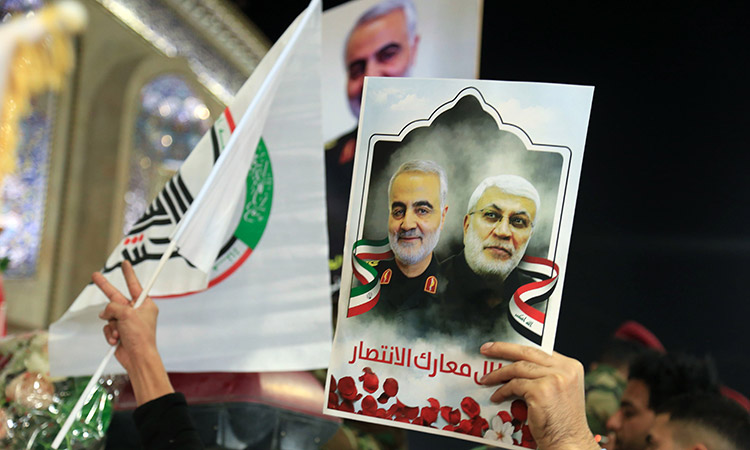