The world reacted with alarm on Friday after top Iranian commander Qasem Soleimani was killed in a US strike in Baghdad, with many governments appealing for restraint.

The attack was praised by US President Donald Trump's Republicans and close ally Israel, but elsewhere there were sharp warnings it could inflame regional tensions. 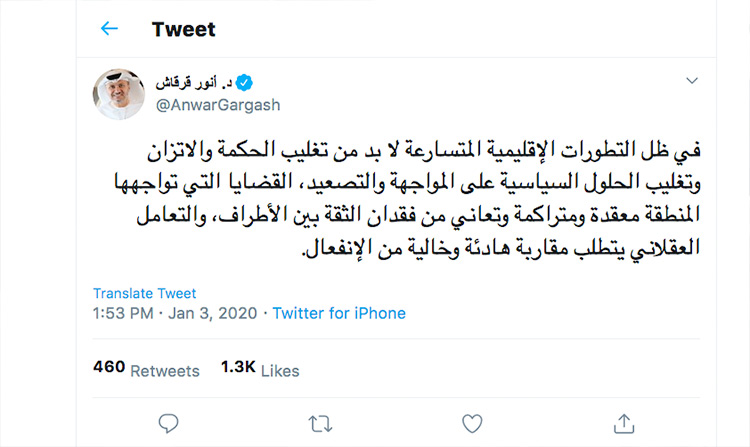 Pakistan foreign ministry said, "Pakistan has viewed with deep concern the recent developments in the Middle East, which seriously threaten peace and stability in the region.”

"Respect for sovereignty and territorial integrity are the fundamental principles of the UN Charter, which should be adhered to. It is also important to avoid unilateral actions and use of force."

The foreign ministry in neighbouring India said: "We have noted that a senior Iranian leader has been killed by the US. The increase in tension has alarmed the world."