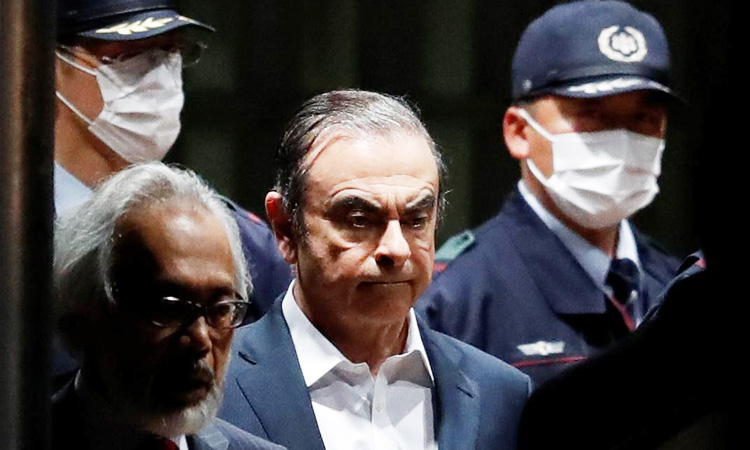 Turkish authorities have detained seven people as part of an investigation into how former Nissan chairman Carlos Ghosn, who skipped bail in Japan, was able to flee to Lebanon via Istanbul, Turkish media reported Thursday.

The state-run Anadolu Agency said the seven people are suspected of aiding Ghosn. NTV television said the probe was launched by launched by Turkey's Interior Ministry.

The private DHA news agency reports that those detained are 4 pilots, a cargo company manager and two airport workers.

Lebanon has said that Ghosn entered the country legally and there was no reason to take action against him.

Japan does not have an extradition treaty with Lebanon.

Ghosn, who was charged with under-reporting his future compensation and a breach of trust, has repeatedly asserted his innocence. He says Japanese authorities trumped up the charges to prevent a possible fuller merger between Nissan Motor Co. and alliance partner Renault SA. Before his arrest, Ghosn was chairman of both Nissan and Renault.

His 1.5 billion yen ($14 million) bail that Ghosn posted on two separate instances to get out of detention is being revoked.

Carlos Ghosn's stunning flight while on bail awaiting trial has vindicated prosecutors who said he should have been kept in custody, and sparked calls to toughen Japan's justice system that critics say is already overly harsh.

"I knew it!" was the reaction of a senior Nissan executive cited in the Japanese press upon learning of his former boss's escape to Lebanon to avoid trial in Tokyo.

"This is how he proves his innocence? By fleeing abroad?" added the Nissan official quoted in the Asahi Shimbun. "It should be out of the question to grant bail to suspects who deny the accusations against them."

A senior prosecutor told the Mainichi Shimbun: "This is what we had predicted" when arguing Ghosn should remain in custody, bemoaning the fact their painstaking evidence gathering was now moot.

There were also calls in the media to tighten bail procedures in the wake of the tycoon's escape, which many papers said made a "mockery" of Japan's justice system.