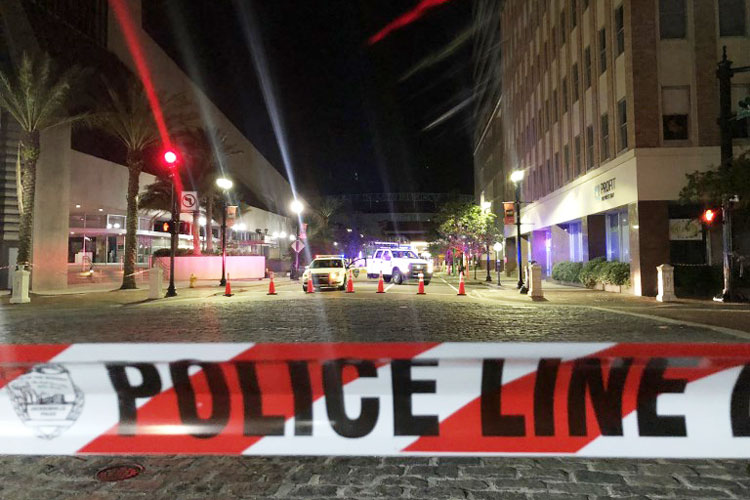 A confrontation between police and a man in a car erupted in gunfire early on Tuesday, leaving two officers wounded and the 23-year-old man dead, authorities said.

The officers had responded to a report of a dispute in a parking lot in the city of Federal Way and spoke to a man in a car, Seattle TV station KOMO reported. The man and woman were sitting in a car and one of them was "uncooperative” with officers, who requested backup, Federal Way Police Chief Andy Hwang said at a news conference.

At some point the man fired from the car and seven officers also fired shots, Hwang said. Two officers were struck, the man died at the scene as a result of gunshot wounds, and the woman in the car fled and has yet to be identified or located by police, he said. The department did not release details about who shot first and whose shots hit the officers and the man who died, saying that those details would be determined by an independent investigation.

The officers were released from area hospitals Tuesday afternoon and are recovering, Hwang said. A 30-year-old corporal was shot in the arm and chest, and Hwang said the officer’s ballistic vest likely saved his life. A 38-year-old officer was shot in the leg, he said.

Police tape surrounded two black SUVs in a street as officers investigated in the area that's surrounded by apartment complexes and a senior living facility.

Danielle Milius told the TV station that she heard sirens, saw officers running down the street and then heard about 20 gunshots.

"I knew they were looking for somebody, so I was just kind of watching," she said. "And then I heard them over the loudspeaker telling people to stay inside and get away from the windows."

As is standard protocol, the seven officers will be placed on paid administrative leave pending the outcome of an investigation.