Fog continues to cover parts in the country - GulfToday 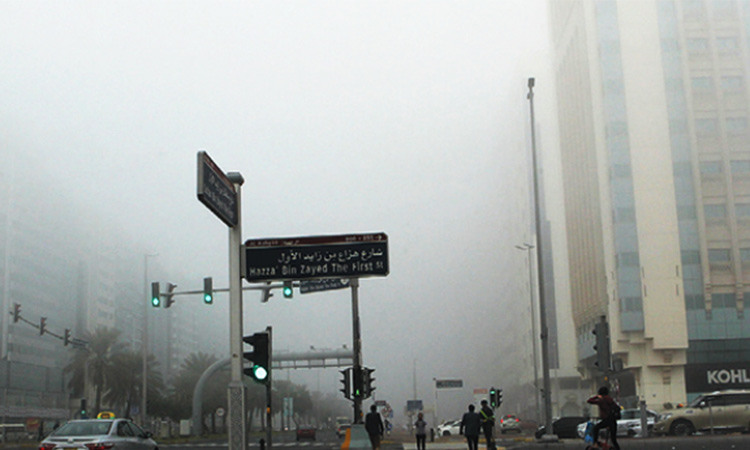 Temperatures to decrease with chances of rainfall during Jan.

The National Centre of Meteorology (NCM) expects that the country during the month of January will see a number of surface depressions extending from west to east, and will occasionally be affected by the Red Sea depression, which could lead to increasing clouds with rainfall.

It also noted that the temperatures decrease remarkably during this month, as the region is usually affected by the extension of the Siberian air altitude that extends from the north accompanied by a cold air mass affecting the country, and the Arabian Peninsula in general during this period.

Regarding wind activity, the NCM explained that the country is expected to witness during January blowing of the northwesterly winds that are known as “Shamal winds”. These will be sand and dust stirring winds over the inland parts, particularly the exposed areas, in addition to causing sea’s roughness in the Arabian Gulf, the NCM added.

The relative humidity may also increase especially in the early morning, which creates the opportunity for fog and light fog, particularly along the inland and coastal areas, according to the NCM.

As for daily weather condition, thick fog covered various parts in the country in the early morning on Tuesday. It began to form on Abu Dhabi-Al Ain Road, on Khalifa College in Al Ain City, Al Ain Airport, Abu Dhabi-Ghuwaifat Road, and intermittent fog on the Al Maqta Bridge in Abu Dhabi, according to the NCM.

It also warned of the fog and the poor horizontal visibility caused by it, appealing to the motorists whether driving on external or internal roads leading to those areas to exercise caution and adhere to the traffic instructions.

The NCM has also said that the weather on Wednesday is expected to be fair to partly cloudy and the relative humidity may increase during night and on Thursday morning over most internal areas and some coastal areas with a chance of fog or mist formation.