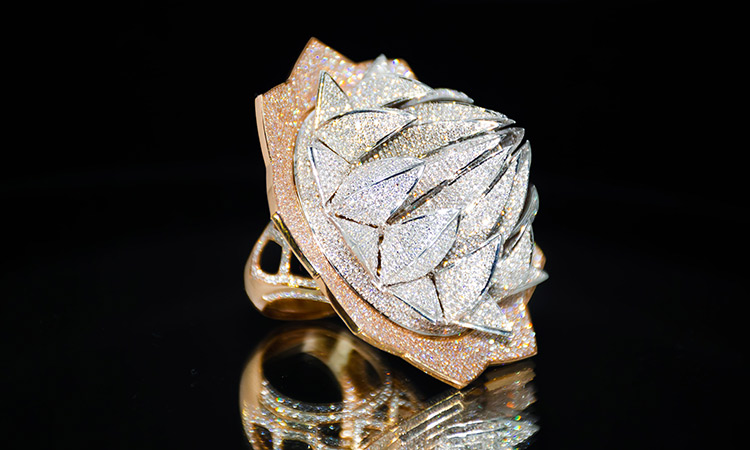 An Asian foreman, 28, seized the chance of supervising a group of workers installing solar panels to enter a villa and steal two diamond rings.

The victim, the villa owner, informed the police, who arrested the defendant. Dubai Public Prosecution then referred the defendant to the Dubai Criminal Court, which heard the case and charged the defendant with theft. According to the official records, the victim testified that on the day of the incident, a number of employees and workers came to his villa to install solar panels to change the lighting system in the villa. The defendant entered the bedroom to examine it, the victim said, adding that after the employees and workers had left, his wife told him that the two diamond rings she put on the dressing table in their bedroom were missing. The defendant was under suspicion because the victim saw him entering his bedroom.

Recently, the Dubai Public Prosecution referred a 31 year-old Asian to court, for molesting a nine year-old girl, while she was in the house’s garden in Dubai.

The victim testified that the accused, who works as a gardener at the house, asked her for a cup of water and to accompany him to the garden, using the good weather as an excuse.

The offender allegedly molested the young girl, who was helpless and scared, then directly left the scene after his heinous act. The terrified victim rushed back to her house to shower and inform her mother who was at the neighbour’s house at the time of the incident. The mother immediately called the police afterwards.

However, the girl’s father also testified that he received a call from his wife to be notified of the incident, and directly headed home to question his daughter and learn about the awful truth of her molestation.

Upon confronting the accused with the charge, he confessed his crime, and accordingly was detained and referred to criminal court.

Recently, an Asian employee, 33, molested an Arab employee, 35, while she was with her mother and children at a children’s toys section in the Dragon Mart, International City.

The victim testified before Dubai Public Prosecution that while she was wandering around a children’s toys section in the International City to buy some toys for her children, she noticed that the defendant was looking at her suspiciously and walking behind her wherever she went. She felt scared but the defendant soon stood behind her and molested her although she was wearing a modest dress. She shouted at him and rebuffed him for what he did. The shoppers gathered around them and the police came and arrested the defendant.

The Sharjah Criminal Court adjourned to Jan.28 the case of two Asian suspects charged with stealing electrical equipment from a residential villa. The court also ordered the continued imprisonment of the suspects.

The Dubai Criminal Court on Sunday started the trial of a gang of three African brothers who stole from several vehicles. The suspects were arrested when they broke the quarter glass of a vehicle and nicked what was inside.

According to the case papers, the company where the suspect worked as a computer programmer informed the authorities that he stole electronic devices from the main control room.