Mohammed approves Dhs66.4b budget for 2020, largest in the history of Dubai - GulfToday

His Highness Sheikh Mohammed Bin Rashid Al Maktoum, Vice President, Prime Minister and Ruler of Dubai, has approved a three-year budget cycle for the Government of Dubai, for the 2020-2022 period.

The three-year budget cycle meets the aspirations of Dubai’s future, and confirms its determination to continue raising people’s happiness and stimulating entrepreneurship. The plan highlights the Government of Dubai’s keenness to provide the highest levels of economic stability and stimulus to the emirate’s business sectors. It also gives a clear picture of the government’s economic goals in the next three years, which supports the medium-term planning of the economic sectors and provides a clearer view of the private sector.

For the fiscal year of 2020, Sheikh Mohammed Bin Rashid signed Public Budget Law No. 12 of 2019, with Dhs66.4 billion expenditure, making it the biggest in Dubai’s history.

The 2020 budget seeks to realise the emirate’s ambitions to stimulate the entire economy and support the organisation of the largest and most prominent ‘Expo 2020 Dubai’ in the history of the prestigious global exhibition.

In 2020, Dubai will continue supporting social services, including health, education and housing, and working on developing the Social Benefits Fund and supporting families, as part of the objective of making Dubai one of the most livable cities in the world.

“To ‘have a plan’ is one of Sheikh Mohammed Bin Rashid Al Maktoum’s 10 commandments of governance,” said Abdulrahman Saleh Al Saleh, Director-General of the Government of Dubai’s Department of Finance, DOF. “The Government of Dubai, represented by DOF, was inspired by this commandment in launching the 2020-2022 budget cycle, endorsing our endeavour to continuously develop the performance of the public budget in order to confirm financial sustainability and work to stimulate entrepreneurship and business sectors in the emirate by enhancing business incentives for the next three years.”

“Enlightened by Sheikh Mohammed Bin Rashid Al Maktoum’s vision, the Government of Dubai develops its financial plan annually under the directives of Sheikh Hamdan Bin Mohammed Bin Rashid Al Maktoum, Crown Prince of Dubai and Chairman of Dubai Executive Council. We are keen to provide economic incentives with an impact of attracting more investments, and work to improve the emirate’s competitive position and implement the goals of the Strategic Plan 2021 and beyond,” Al Saleh continued.

“The budget for the fiscal year 2020 has been approved with total expenditure up by 16.9 per cent compared to the previous year. This comes as part of supporting the Dubai Plan 2021 and the Expo 2020 Dubai, as well as moving forward in support of the emirate’s macro economy,” the DOF Director-General explained.

Al Saleh added, “We are capable of achieving an operating surplus of Dhs1.96 billion due to the adoption of disciplined financial policies, which contributes to the development of infrastructure programmes for the emirate and affirms the financial sustainability policy pursued by the emirate.”

The Government of Dubai estimates public revenues to reach Dhs64 billion, an increase of 25 per cent year-on-year. This increase comes despite the economic incentive measures adopted by the government that would reduce some fees and freeze the increase in fees for three years, and the decision to not impose any new fees without providing a new service.

The revenues are based on ongoing operations in the emirate and do not rely on oil revenues. Oil revenues account only for six per cent of total projected revenues for the fiscal year 2020.

The 2020 budget, the largest in the Government of Dubai’s history, sends a clear message to the business community that Dubai is pursuing an expansionary fiscal policy, which gives great confidence to the emirate’s economy and contributes to attracting more investments.

This budget serves the requirements of population growth and benefits arising from the hosting of Expo 2020 Dubai and the continuous development of infrastructure, as well as other goals of the Dubai Plan 2021, all aiming to raise the level of the welfare and happiness of the emirate’s citizens and residents, in order to fulfil the directives of the leadership. 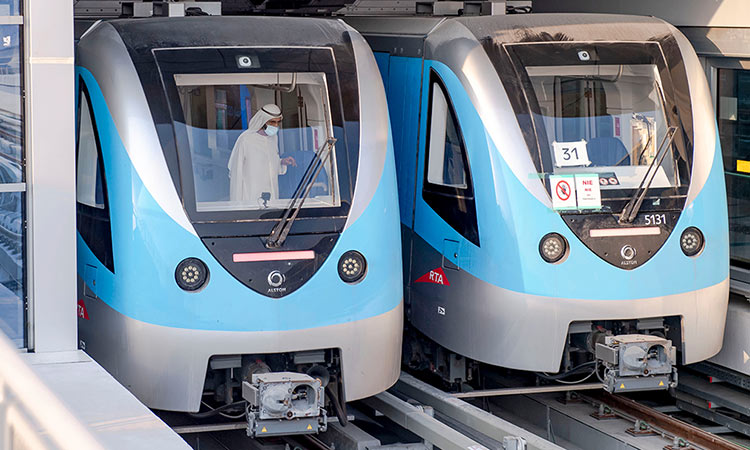 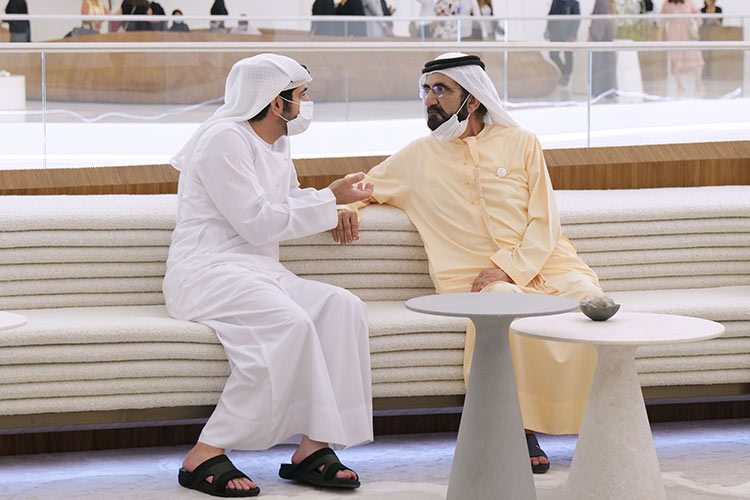 He expressed his appreciation for the iconic architectural design of the UAE pavilion that evokes wings of a flying falcon and tells the story of the UAE as a global hub, and the vision of its leaders to create a peaceful and progressive society with ambitious plans for the future.