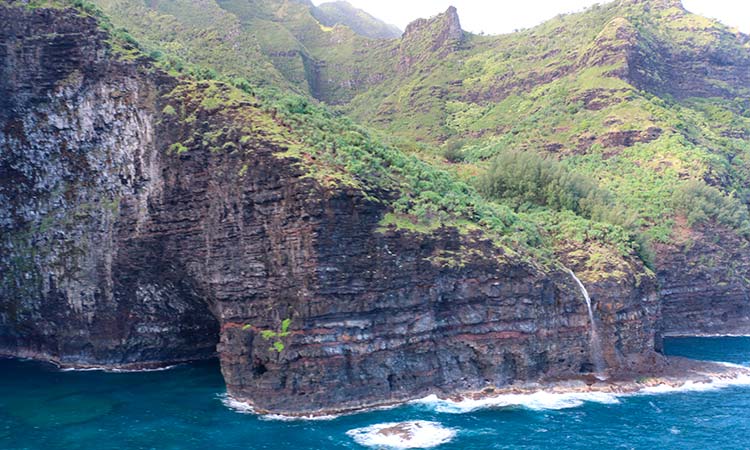 This photo shows an area where a tour Helicopter that disappeared in Hawaii with several people aboard on Friday. AP

The remains of six people were found at the crash site of a tour Helicopter that went missing in Hawaii, officials said on Friday.

Seven people were initially aboard the aircraft, which failed to return Thursday afternoon. There were no indications anyone survived the crash and the search for the last person on board will continue Saturday morning, fire authorities said, according to local media.

"The remains of six individuals were recovered Friday afternoon at the site of the Helicopter wreckage in Kokee near Nualolo," the county of Kauai said in a statement. 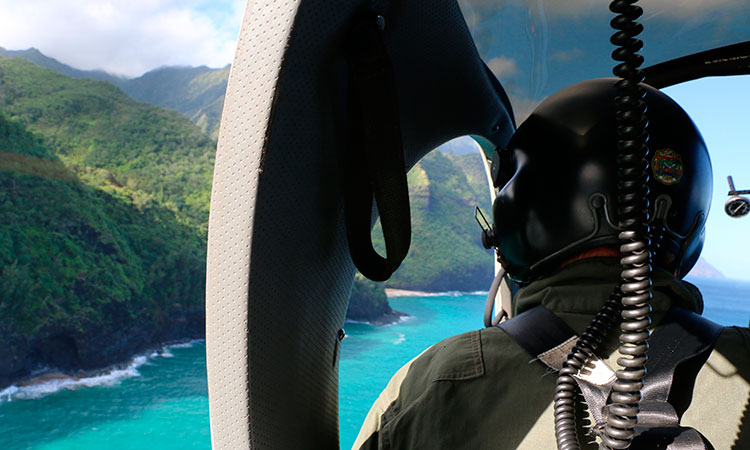 A Coast Guard searches for a tour Helicopter that disappeared in Hawaii with seven people aboard on Friday. AP

The victims' identities have not yet been released, pending notification of next of kin.

According to the statement, final recovery efforts were suspended due to weather conditions but would resume Saturday morning.

"We are heartbroken by this tragedy and we continue to ask the public to consider the sensitive nature of this devastating situation," said Kauai's mayor, Derek Kawakami.

"Our thoughts and prayers are with the families and loved ones of all victims," he said.

Authorities were notified that an aircraft from Safari Helicopters, which had been on a tour over the Na Pali area, was missing at around 6pm on Thursday (0400 GMT Friday).

"The last contact with the Helicopter was made at approximately 4:40pm, when the pilot relayed that the tour was leaving the Waimea Canyon area," the statement said.

The Coast Guard, local police and fire departments and other agencies then launched a search for the missing Helicopter.