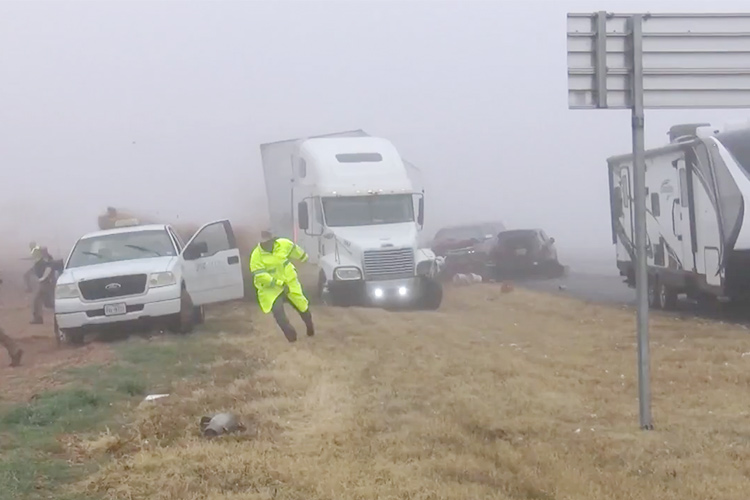 A local news crew has captured the dramatic moment when an 18-wheel truck ploughed into multiple vehicles at an accident scene.

Police were investigating a two-car crash when a semitruck spun out of control and rolled onto its side as terrified emergency service staff desperately scrambled to get out of the way, according to Texas news channel KCBD.

“We could hear more tyres screeching, and then just barely see headlights coming in through the fog,” Caleb Holder, a KCBD photographer filming the scene, said.

The truck reportedly hit a Texas state trooper and trapped a driver inside a pickup vehicle after the truck came to a stop on top of it.

KCBD has reported both victims of the crash were taken to a nearby hospital for treatment and are expected to survive the accident.