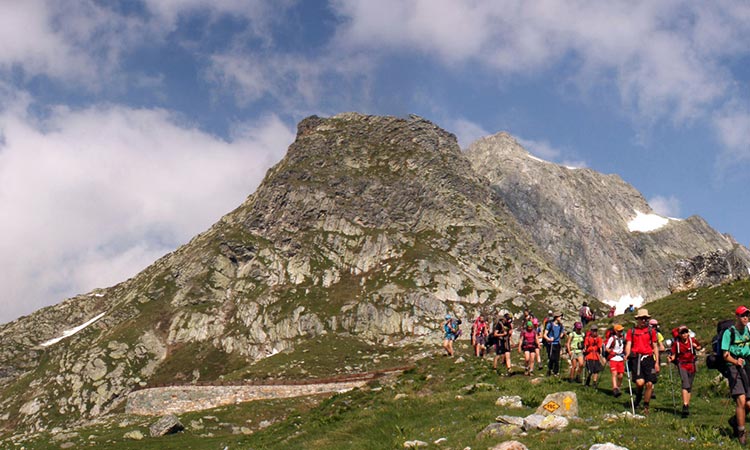 The climbers descend the Saint Bernhard Pass. Picture shown is for illustrative purposes only.

Two climbers who slipped and died while scaling an Italian mountain were left dangling from a third man by ropes connecting them all.

The grim incident occurred on Boxing Day morning as the trio made their way up Gran Sasso in the country’s central Abruzzo region.

The two dead men have not been named but local media said their bodies were recovered after the third climber called emergency services to report what had happened.

Several people were reported missing in the winter resorts of Andermatt in Switzerland and Ankogel in Austria.

Authorities in Andermatt said two people were injured and four others had to free themselves after snow suddenly swept down a ski slope at 10.50am.

“We believe there are more people buried but we can’t say how many,” Reto Pfister, a police spokesman, said. “The longer the search takes, the smaller the chance they get away without an injury or danger to life.”

A British skier, who asked not to be named, said he had only just come off the slopes when the avalanche occurred.

“It happened at a really busy time in the morning so there were lots of people on that slope,” he told the Evening Standard. “There seemed to be quite a lot of people searching on the piste and they were digging for at least two or three people.”

More than 60 rescue workers along with helicopters and dogs were included in the search, authorities said. 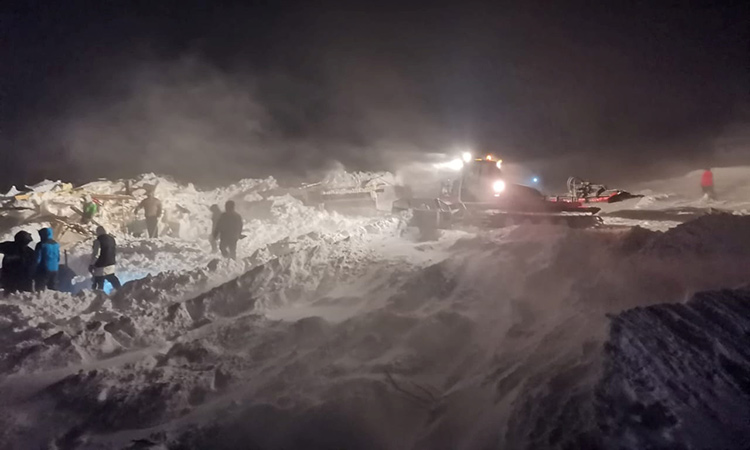 Rescuers had recovered the bodies of a 38-year-old woman, her 18-month-old child and 45-year-old husband. A 14-year-old was found alive and "taken to the hospital with serious injuries".