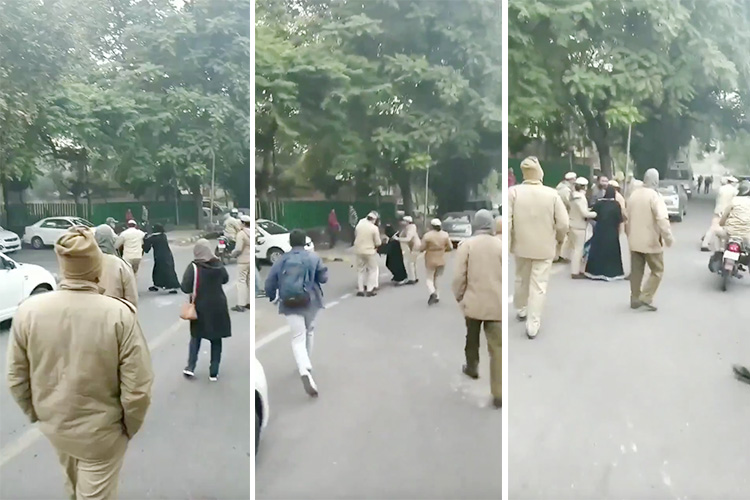 Delhi Police harassed a woman wearing the hijab as she took part in the anti-CAA demonstrations in the national capital on Friday.

A video of the incident, doing the rounds on social media, showed police officers cornering the woman as she appears to stop them from taking away a person. Other officers were seen running towards the site of the tussle.

Annapurna Menon, a PhD researcher, Politics at the University of Westminster in London, shared the video.

Annapurna writes on Twitter, “A friend of mine was detained while trying to record @DelhiPolice illegally harassing and attempting to detain a woman (yes, she is wearing the Hijab, no it's still illegal). Delhi Police doesn’t want the world to see this video, twitter: do your thing. #IndiaRejectsCAB #delhi…”

Twitteratis have erupted with mixed reactions, some venting their anger at the police, while others just support the act.

Twitter user Irfan Sayed writes, “Under what authority is this officer asking for camera to be shut?”

Another user with the name kakachichi writes, “Hijab should be banned in public places so that antisocial elements can't get away with their mischiefs.”

Shinjini Kumar writes, “Like how scared is the administration to have a dozen men go after one woman??? #shame…”

Meanwhile, the anti-CAA protests in Jamia Millia Islamia entered the 15th day with students sitting on hunger strike and a few of them leaving to agitate at Uttar Pradesh Bhavan against the "police brutality in the state unleashed on the protesters."

Congress General Secretary Priyanka Gandhi Vadra on Friday reached Lucknow to lead a party meeting to devise a strategy to take on the Uttar Pradesh government on the police brutality against anti-Citizenship (Amendment) Act (CAA) protesters. 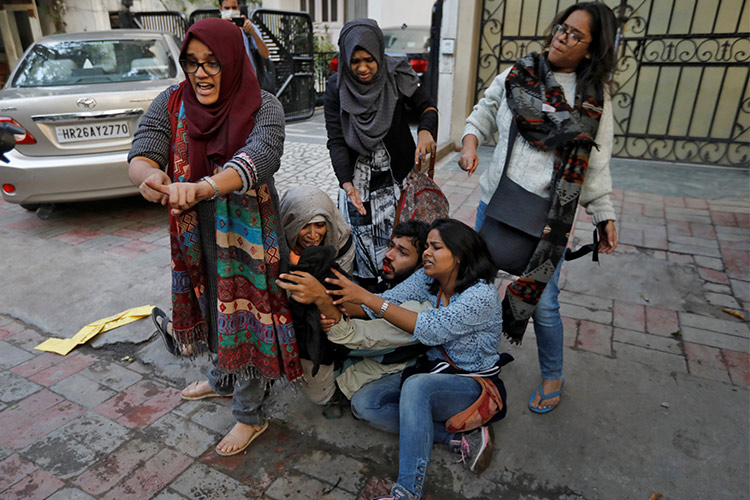 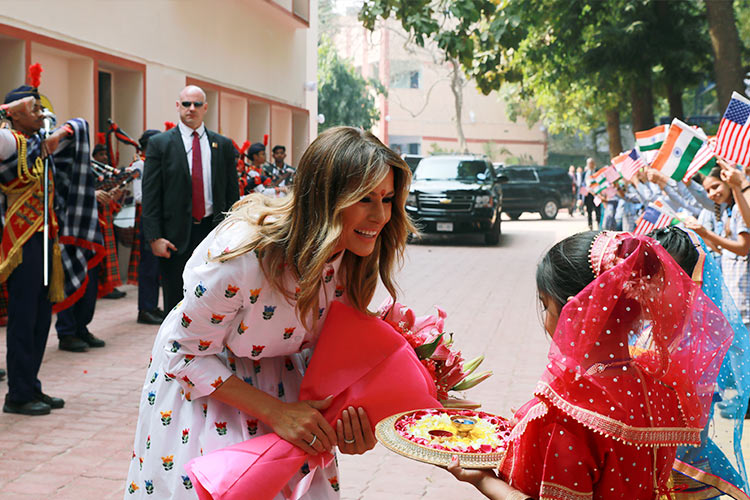