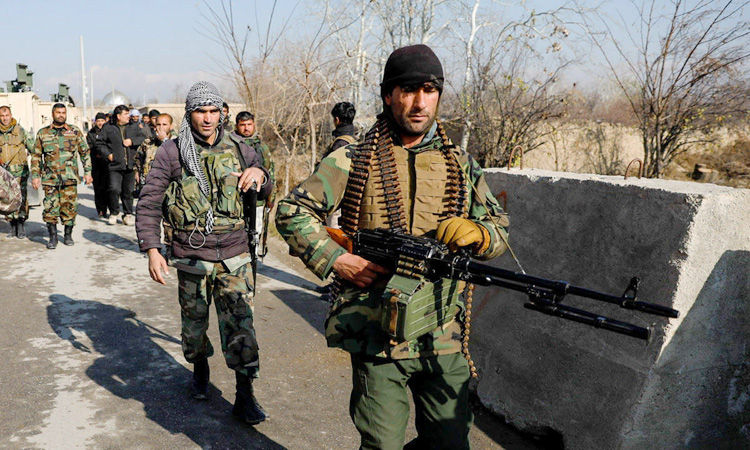 The ministry said in a statement that the “enemy” attack in northern Balkh province, in the district of Dawlat Abad, also wounded six other members of the security forces - three soldiers and three intelligence agents. An investigation was underway, the statement added.

The Taliban now control or hold sway over practically half of Afghanistan but continue to stage near-daily attacks targeting Afghan and US forces, as well as government officials - even as they hold peace talks with a US envoy tasked with negotiating an end to the 18-year conflict, America’s longest war. Scores of Afghan civilians are also killed in the crossfire or by roadside bombs planted by militants.

On Monday, an American soldier was killed in combat in northern Kunduz province. The Taliban claimed they were behind a fatal roadside bombing that targeted American and Afghan forces in Kunduz.

The ministry of defence confirmed the attack and said six of its soldiers were among the dead. The Taliban spokesman for the group's fighting forces, Zabihullah Mujahib, claimed the attack but gave a higher toll.