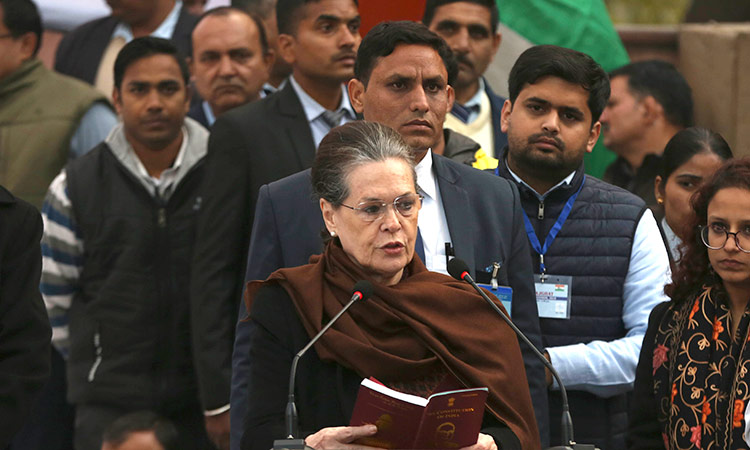 India’s main opposition party staged a silent protest in the capital on Monday against a contentious new citizenship law, a day after Prime Minister Narendra Modi defended the legislation at a rally in New Delhi and accused the opposition of pushing the country into a "fear psychosis.” 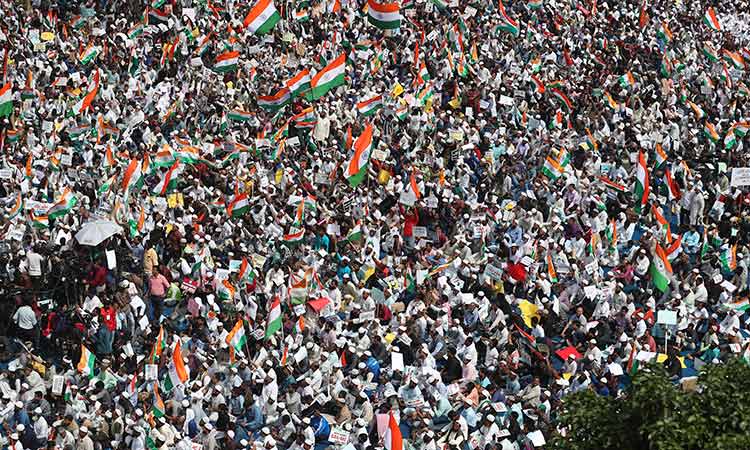 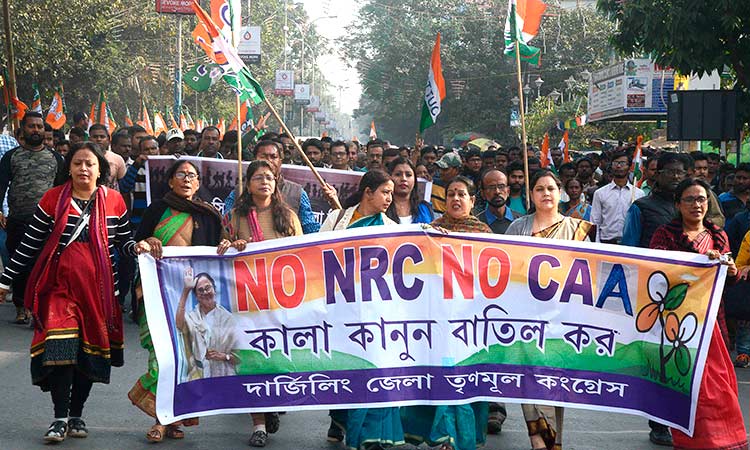 Supporters and activists of Trinamool Congress take part in a rally against India's new citizenship law in Siliguri. AFP

Tens of thousands of protesters have taken to India’s streets to call for the revocation of the law, which critics say is the latest effort by Modi’s government to marginalize the country’s 200 million Muslims.

"It’s not good enough just to feel Indian. At times like these it’s critical to show that you’re Indian & won’t allow to be destroyed by hatred,” Gandhi tweeted on Monday.

Other protests were held across the country on Monday, including in the southern cities of Bengalore and Kochi.

Twenty-three people have been killed nationwide since the citizenship law was passed in Parliament earlier this month in protests that represent the first major roadblock for Modi’s Hindu nationalist agenda since his party’s landslide reelection last spring.

Most of the deaths have occurred in the northern state of Uttar Pradesh, where 20% of the state’s 200 million people are Muslim.