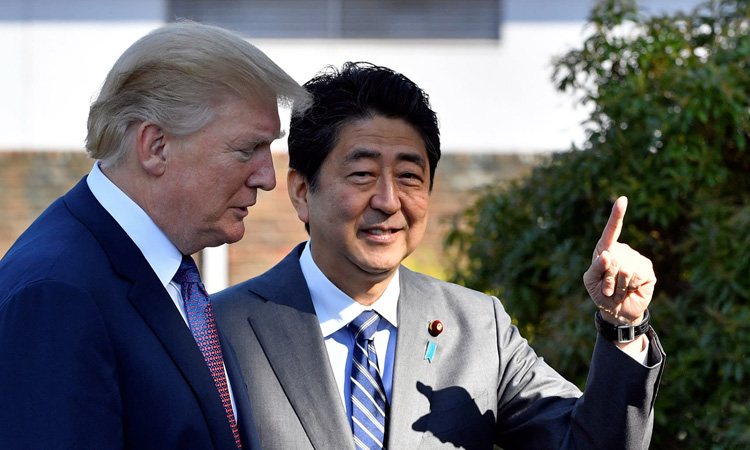 Japanese Prime Minister Shinzo Abe (right) speaks to the media while US President Donald Trump stands with him. File photo

The call came after North Korea said the United States was trying to drag out denuclearisation talks ahead of the US presidential election next year.