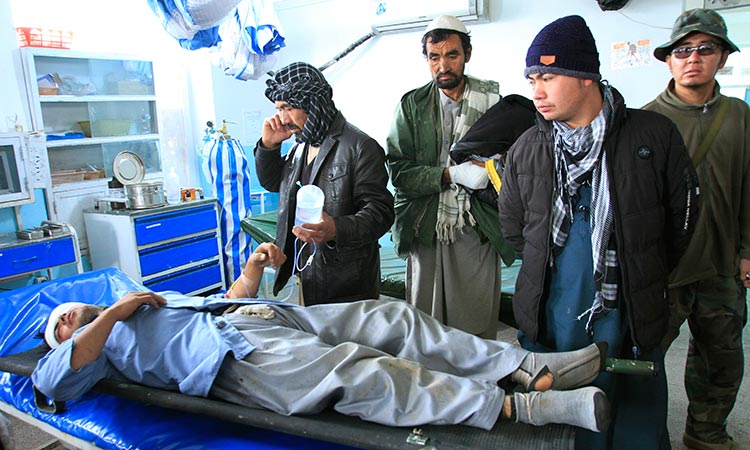 An Afghan man wounded in a roadside blast is treated at a local hospital in the city of Ghazni on Friday. AP

At least one member of an Afghan militia opened fire on his fellow militiamen early Saturday, killing nine, in what the country's interior ministry called an insider attack.

There was no immediate explanation for the discrepancy, but the Taliban often exaggerate their claims.

Details were sketchy and investigators were still looking into the attack in central Ghazni province's Karabagh district, said Interior Ministry spokesman Fawad Aman. The number of attackers was also not immediately clear.

Afghan militias operate in remote regions and are under the command of the country's National Security Forces, which suffers near daily Taliban attacks.

The Taliban now control or hold sway over half the country.

Insider attacks have been steady throughout the 18-year conflict, with US and NATO troops most often targeted. But when Afghan security forces are targeted, the casualty rate is often much higher.

In July, two US service members were killed by an Afghan soldier in the southern Kandahar province. The shooter was wounded and arrested. In September, three US military personnel were wounded when an member of the Afghan Civil Order Police fired on a military convoy, also in Kandahar.