‘I will not lead Labour at next election:’ Jeremy Corbyn - GulfToday 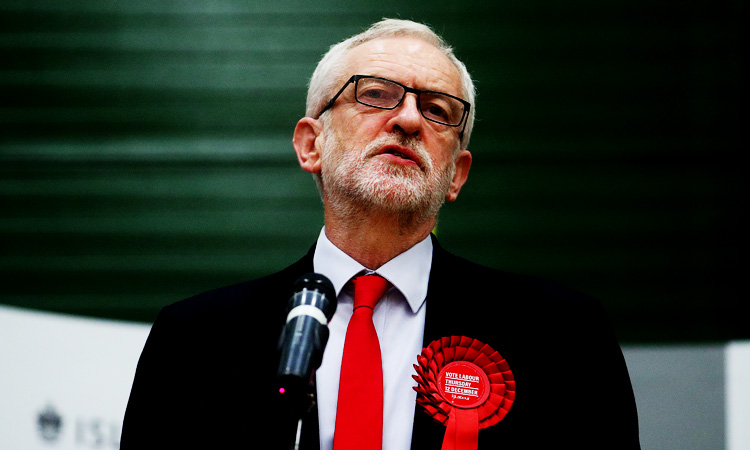 An exit poll and early results showed Prime Minister Boris Johnson’s Conservative Party were set for a resounding victory in Britain’s election, allowing him to deliver Brexit on Jan. 31. Critics blamed a collapse in support in traditional Labour strongholds on Corbyn’s equivocation over Brexit, and said many voters had cited their dislike for him on doorsteps across the country.

That leaves Labour, a 100-year-old party born out of the trade union movement, wrestling with what went wrong and what to do about it.

“I will not lead the party in any future general election campaign,” Corbyn said in his north London constituency, where he comfortably held on to his seat. The 70-year-old described the election results as “very disappointing.

“I will discuss with our party and ensure there is now a process of reflection on this result and the policies that the party will take going forward.”

Asked whether she thought she would retain her seat in the northern city of Stoke-on-Trent, a Labour bastion, the party’s candidate Ruth Smeeth bluntly replied: “I’ve definitely lost.”

She placed the blame firmly on Corbyn’s shoulders.

“He should have gone many, many, many months ago.”

The exit poll showed voters had gone with Johnson’s “Get Brexit Done” promise and pro-market philosophy and rejected left-wing veteran Corbyn, who had promised a second Brexit referendum and a radical expansion of the state.

Corbyn, an avowed socialist who took control of the party after a bruising 2015 election defeat, has shifted Labour sharply away from the centre ground that underpinned three Labour majority governments led by Tony Blair.

During four years in charge, he has built an ultra-loyal support base, pushing centrist members to the fringes and creating an ideological schism that critics say has alienated many of its traditional working-class voters.

An ardent pro-Palestinian activist, he has also been accused of failing to address accusations of anti-Semitism among his supporters.

“Corbyn was a disaster on the doorstep ... everyone knew he couldn’t lead the working class out of a paper bag,” said Alan Johnson, who served as a senior minister under Blair.

Underlining the likely looming battle for the future of the party, Corbyn-loyalist Richard Burgon said the party should not turn back toward the centre-ground.

“We need to fight back, not triangulate,” Burgon, Corbyn’s justice spokesman, said.

“People on the doorstep weren’t complaining about our policies, and we wouldn’t have had the policies ... if it weren’t for Jeremy’s leadership,” he said, blaming the focus on Brexit and negative media coverage of Corbyn.

But early results showed that Labour’s heartlands in former industrial areas of central and northern England - areas that typically voted for Brexit - had swung towards Johnson’s Conservatives.

Labour lost seats it has held for decades like Blyth Valley in northern England, which had been Labour since it was formed in 1950 and Wrexham, the Welsh seat that had voted Labour each election since 1935.

Corbyn did not address the exit polls as he arrived to hear the results in his own north London electoral seat, but weary Labour candidates taking in the scale of their defeat made it clear that he would have to face eventually.

“I am devastated, I don’t know how you could have any other reaction other than being utterly heartbroken,” Labour’s Jess Phillips said. “This is not a time for easy answers as much as I wish it was.” 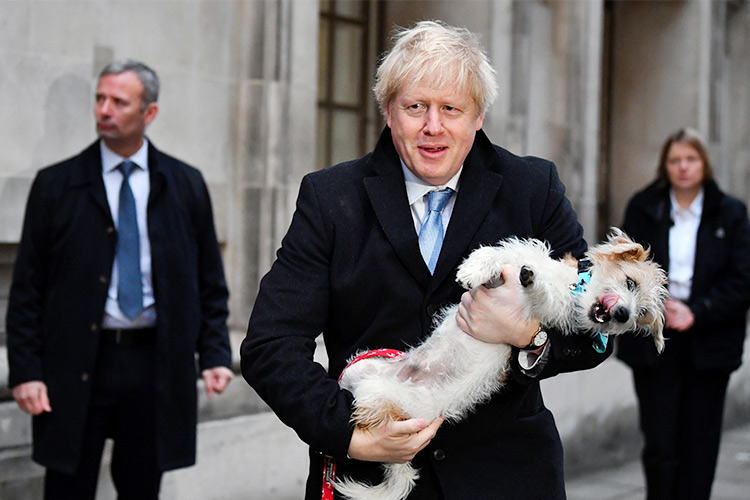