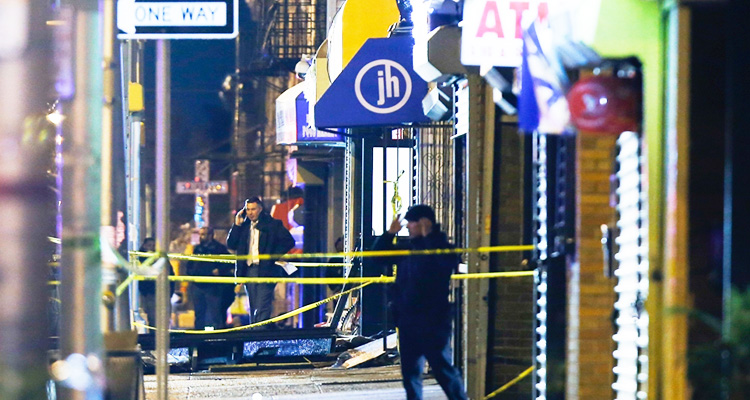 Law enforcement are seen at the scene following reports of gunfire.

Six people including a police officer and two suspects were killed during an hours-long shootout across a New York suburb not far from the Statue of Liberty, local officials said.

"Our officers were under fire for hours," Jersey City Police Chief Michael Kelly told reporters after the latest high-profile US shooting.

In addition to the officer and the suspects, three civilians were killed in the incident that began around midday at a cemetery and ended in a store, Kelly said. 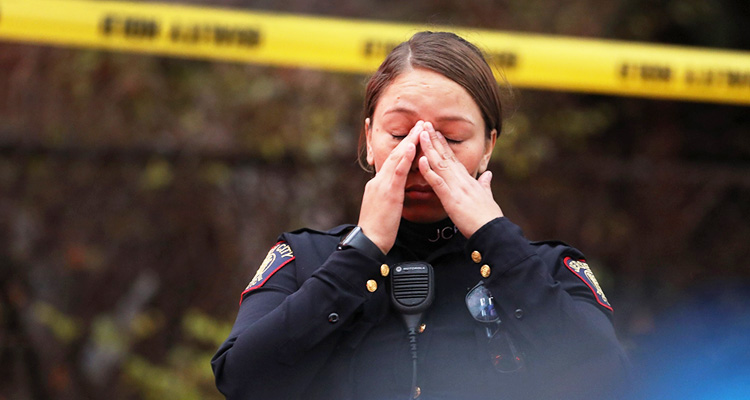 A Jersey City police officer reacts at the scene of a shooting that left multiple people dead.

Bomb squad officers were examining a stolen U-Haul vehicle "that may contain an incendiary device," he added.

No clear reason for the shooting has been given.

Five of the dead were found inside a store, said Kelly.

"We believe that two of them are bad guys," while the other three are civilians, he said, describing the crime scene as "very extensive, three locations at least."

"I heard fighting outside, then 'Boom! Boom! Boom!'" the New York Daily News quoted a food store worker two blocks from the shooting as saying. 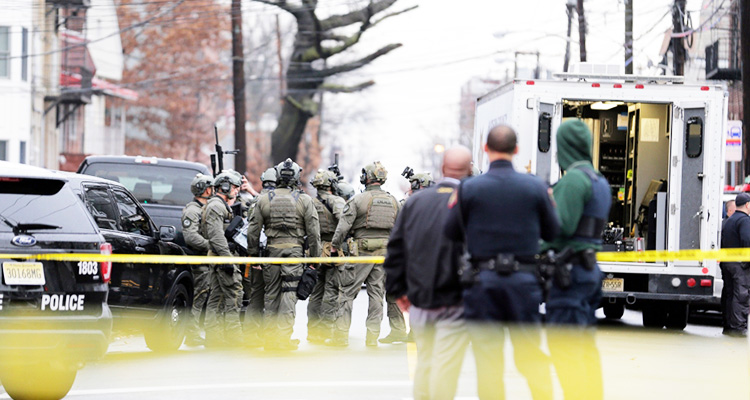 Media reports said the shooting began when an officer investigating a homicide approached the suspects in the cemetery.

"I saw people running outside -- men, women, children in the street. These people were scared."

Kelly said the suspects' "movement was rapid and continuous for four hours" during the drama which saw the deployment of hundreds of police from New Jersey and New York, including tactical officers armed with rifles and wearing olive-green fatigues and helmets.

NBC television reported that hundreds of rounds were fired.

Media reports said the shooting began when an officer investigating a homicide approached the suspects in the cemetery.

Identified by media as Detective Joseph Seals, he was the first victim. 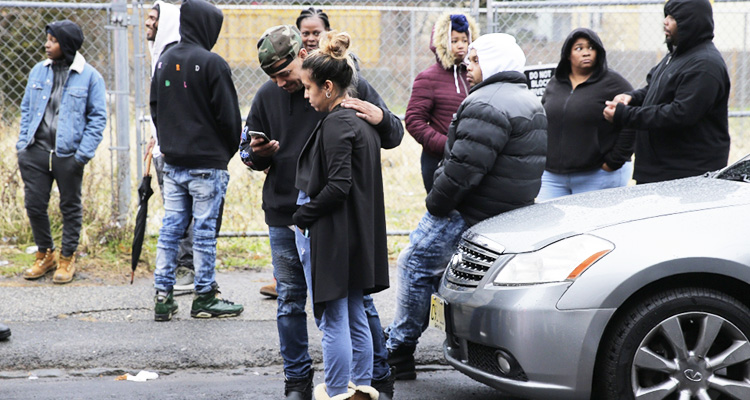 Bystander watch as emergency responders work near the scene of a shooting in Jersey City.

Asked to confirm whether the officer was indeed probing a murder, Kelly said it is "being looked into."

The suspects then took refuge in a grocery store where firing continued and the five bodies were later found.

US residents have become accustomed to shootings -- everywhere from churches to schools and cinemas -- and firearms were linked to nearly 40,000 deaths of various kinds in 2017, according to the Centers for Disease Control and Prevention.