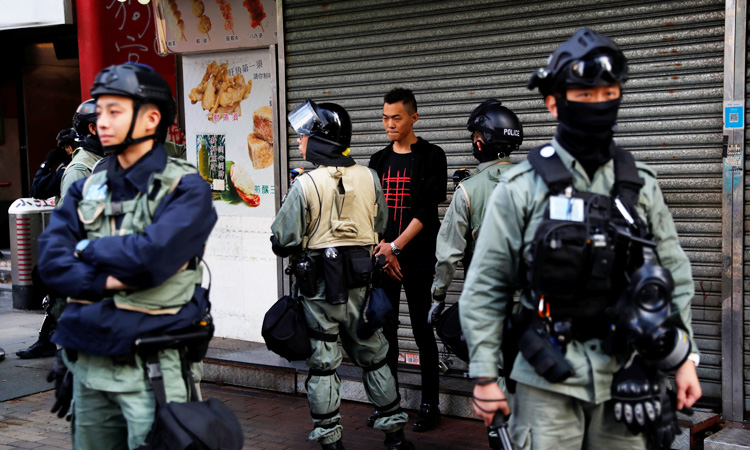 Five foreign experts have quit a panel advising Hong Kong’s police watchdog on an investigation into police conduct during months of pro-democracy protests after raising doubts about the probe’s independence, a lawmaker and media said on Wednesday.

The experts from Australia, Britain, Canada and New Zealand were recruited in September by the Independent Police Complaints Council (IPCC), the police watchdog, to help ensure the probe was credible and free of bias.

Their departure as reported on Wednesday by broadcaster RTHK could deepen public anger at a lack of accountability for alleged police brutality against anti-government protesters in the Asian financial hub.

“This is like a vote of no confidence ... It will definitely affect the standard of the report,” pro-democracy lawmaker Tanya Chan said.

The IPCC issued a statement thanking the panel for their work so far but it did not confirm their resignation.

“We hope to maintain close contact. The first stage of their work is basically over. The opinions they submitted will be reflected in the interim report,” IPCC Vice-Chairman Tony Tse told Reuters.

“The IEP (Independent Expert Panel) has taken the decision to formally stand aside from its role,” the panel said in a statement obtained by RTHK.

Members of the panel were not immediately available to comment.

The expert team was bought in to advise on a report due in January on allegations of police misconduct during the unrest that has roiled the Asian financial hub since June.

Sparked by a controversial and now-withdrawn extradition bill, the often violent protests have morphed into calls for greater democratic freedoms and an end to alleged mainland Chinese meddling in the semi-autonomous former British colony.

Public estimation of the police has plummeted in the past year, with a poll last month by the Hong Kong Public Opinion Research Institute showing satisfaction with the force was the lowest on record.

The panel of Experts raised concerns about the independence and capability of the IPCC probe last month. In a statement on Nov. 8 the panel said it had found indications of a “shortfall in IPCC powers, capacity, and independent investigative ability”.

Their proposal to increase the watchdog’s powers was rejected by the IPCC chairman, who in an interview with mainland media organisations rebuked them for a lack of understanding of the situation in Hong Kong.

The IPCC statement on Wednesday acknowledged the body lacked investigative powers under its current legal framework and said it required the ongoing support of the city’s political leaders and police chief.