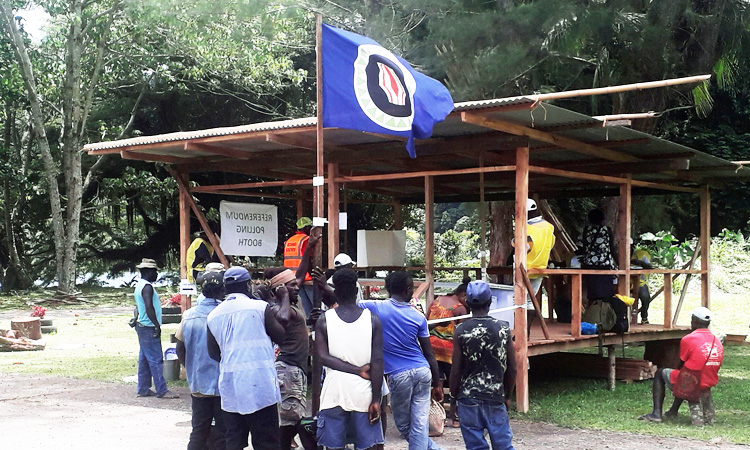 Residents hold a Bougainville flag at a polling station during a non-binding independence referendum in Arawa. File photo/ Reuters

The South Pacific islands of Bougainville have overwhelmingly voted to be independent from Papua New Guinea, the referendum commission said on Wednesday, in a historic poll that will trigger separation negotiations between the two governments.

Almost 98% of the 181,067 votes cast backed independence in the non-binding poll that is part of a peace pact struck in the aftermath of a decade-long war between Bougainville's rebel fighters and PNG forces, which ended in 1998.

The referendum gave voters in the island cluster a choice between independence and greater autonomy. 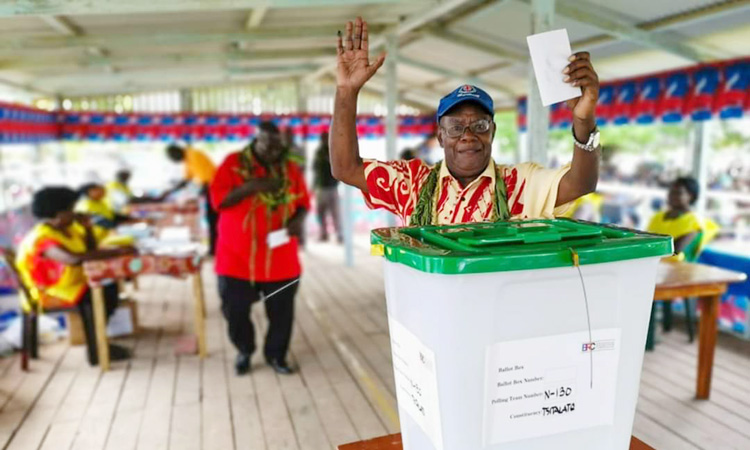 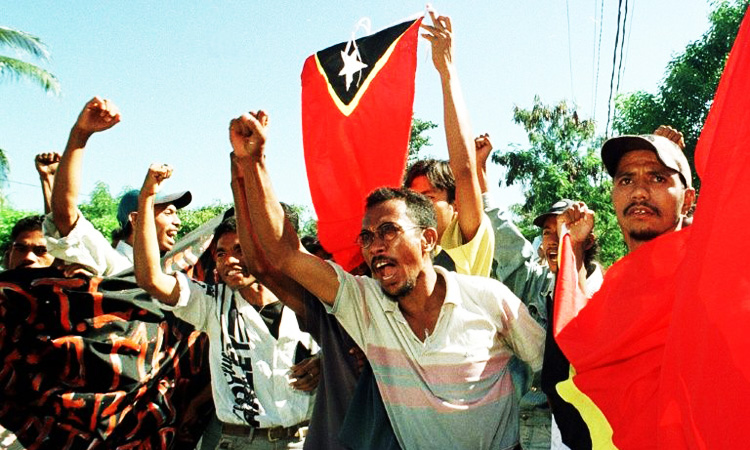 East Timor on Friday marked 20 years since a UN-backed vote ended a bloody, decades-long occupation by Indonesian forces and paved the way for it to become an independent nation.