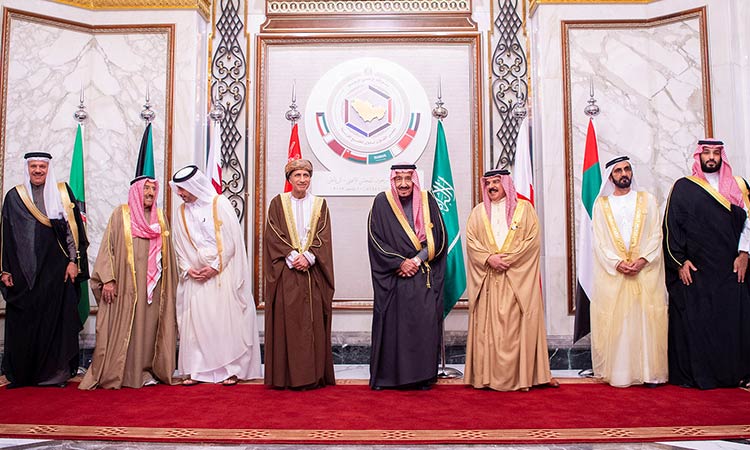 Under the chairmanship of the Custodian of the Two Holy Mosques King Salman Bin Abdulaziz Al Saud of Saudi Arabia, the leaders and heads of delegations of the Gulf Cooperation Council, GCC, for the Arab States concluded here today at Diriyah Palace works of the 40th session of the GCC Supreme Council.

The Custodian of the Two Holy Mosques expressed thanks and appreciation to the GCC leaders and the secretariat general for their exerted efforts for the success of the summit, wishing that the outcomes of the summit achieve aspirations and hopes of GCC citizens. 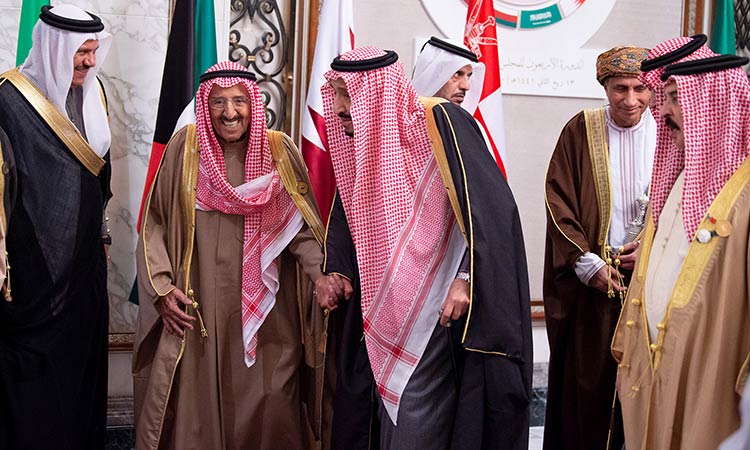 All necessary measures to complete the security and safety of the lands of the GCC member states, their territorial waters, and their economic regions are completed in accordance with the Joint Defense Agreement, and what is stipulated in the vision of the Custodian of the Two Holy Mosques regarding accelerating the steps of military integration and enhancing military industrialisation, in the GCC member states, while emphasizing the importance of the role of the international community, in preserving freedom of navigation, in the Arab Gulf and the international straits, in front of any threat, and to work with friendly and brotherly countries to confront any military or security threats.

What is stipulated in the vision regarding completing the system of legislations and decisions are necessary to implement the remaining steps of economic integration among the states of the council, including the customs union, the Gulf common market and financial and monetary integration to achieve the full Gulf citizenship and economic unity by 2025.

Completing the requirements of global competitiveness:

The GCC states seek to achieve advanced ranks globally, through an integrated will under the umbrella of the GCC to formulate modern methods, in employing future files and include them, in all the plans presented, which are in the forefront: 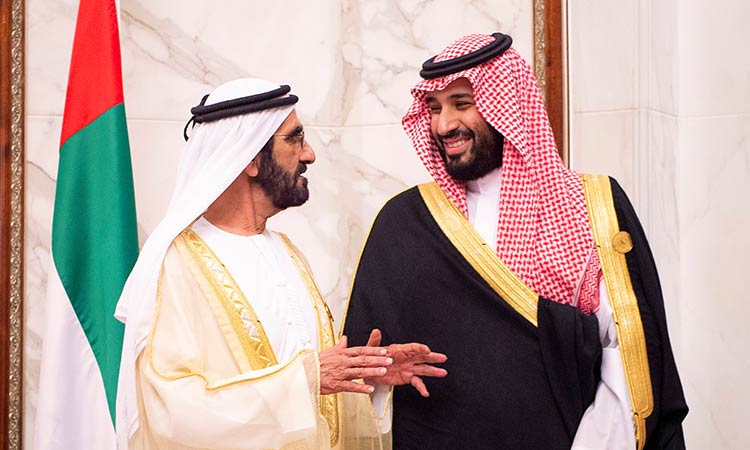 Encouraging youth leadership towards the future by enhancing awareness of the importance of innovation and entrepreneurship among all segments of society, especially university students.

“Our region today is passing through circumstances and challenges that require concerted efforts to confront them as the Iranian regime continues its aggressive actions that threaten security and stability...,” he said.

In a televised speech, he also urged the global community to address Iran’s nuclear and ballistic missile programmes.

Sheikh Mohammed and his accompanying delegation were received at the King Abdulaziz Air Base by the Custodian of the Two Holy Mosques, King Salman Bin Abdulaziz Al Saud along with several Saudi Sheikhs and senior officials.

Upon his descent from the aircraft, Sheikh Mohammed was greeted with a Guard of Honour.

Members of the six-nation Gulf Cooperation Council share a common goal of stability in the Strait of Hormuz, the narrow shipping corridor that’s vital to their energy exports from the Arabian Gulf.

Attacks blamed on Iran this summer, including a stunning missile and drone attack on a major Saudi crude processing facility, have rattled the region. Tensions in the Gulf between Tehran and Washington have also escalated sharply in recent months.

Hajraf will succeed Abdul Latif Bin Rashid Al Zayani, whose term expires next year. Hajraf will be the second Kuwaiti to assume the position since the formation of the GCC in 1981.

Qatar was represented at the Gulf summit by the country’s prime minister rather than the ruling emir.

King Salman, who greeted Gulf leaders as they arrived for the summit, was shown sharing a traditional coffee with Qatari Prime Minister Sheikh Abdullah Bin Nasser Al Thani minutes before the meeting began.

Prince Faisal Bin Farhan Bin Abdullah, Minister of Foreign Affairs, in his reply to the journalists, stated that the summit agenda was full of many decisions and important points.

On the Iranian file and the threats to the Gulf countries and how to confront them, he explained that the Iranian threat is a threat to everyone, and no one in the Gulf system disagrees with him, indicating that there is an understanding by the GCC countries on the importance of dealing with the threat and confronting it in the necessary ways.

He also reaffirmed that the unity of the Gulf system is stable and standing even if some things are marred, but it does not amount to reducing its strength and cohesion. The Minister of Foreign Affairs demanded that Iran change its behavior in attacking ships in the Gulf, supplying militias with weapons, financing terrorism and destabilizing countries.

In the Lebanese file, he emphasized the Kingdom’s interest in Lebanon’s stability, expressing hope that the Lebanese people will find a way to move forward in a way that guarantees peace and stability for their country.

Regarding negotiations on the Qatari crisis, the Minister of Foreign Affairs stated that the efforts of the Emir of the State of Kuwait and the four countries continue to support these efforts and their success.

With regard to the Palestinian file, Prince Faisal bin Farhan bin Abdullah underscored the full support of the states of the GCC for the Palestinian right to obtain all rights under the Arab Peace Initiative. 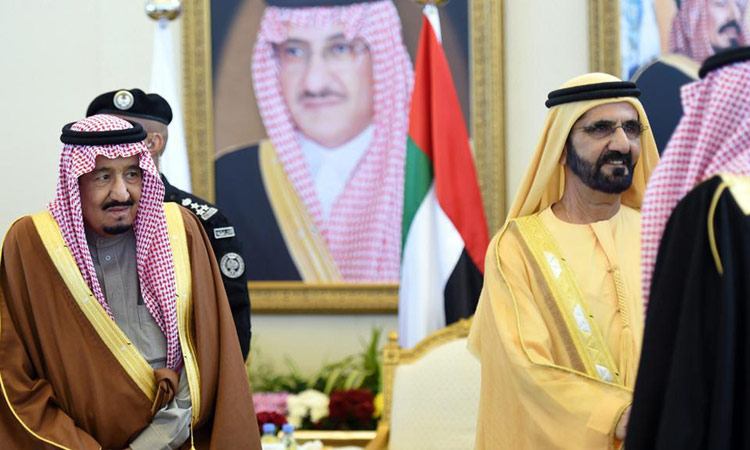 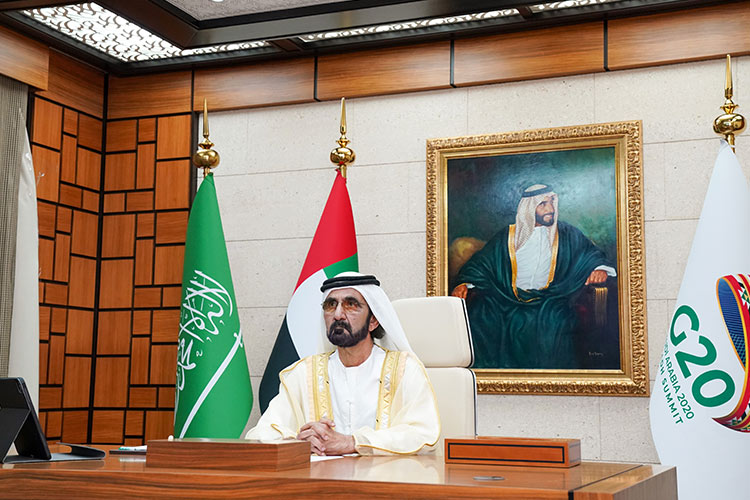