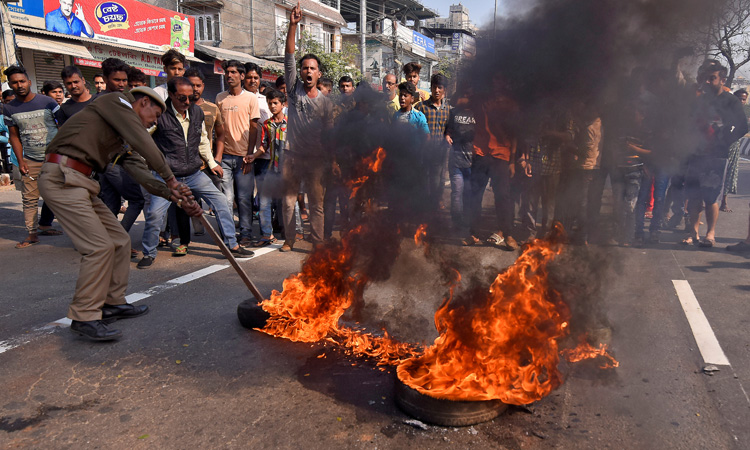 A policeman removes burning tires set ablaze by demonstrators during the strike to protest against Citizenship Amendment Bill in Guwahati on Tuesday. Anuwar Hazarika/ Reuters

Hundreds of demonstrators closed down streets in northeastern India on Tuesday as part of an 11-hour shutdown in protest of legislation that would grant citizenship to persecuted Hindus and other religious minorities from Muslim-majority Pakistan, Bangladesh and Afghanistan who immigrated to the country illegally.

The Citizenship Amendment Bill was passed by a majority vote in India’s lower house after midnight and still needs to be passed by upper house before becoming law.

The shutdown began at 5am and was organised by the North East Students Organisation, an association of student groups from across India's eight northeastern states. They oppose the bill out of concern that more migrants will move to the border region and dilute the culture and political sway of indigenous tribal people. 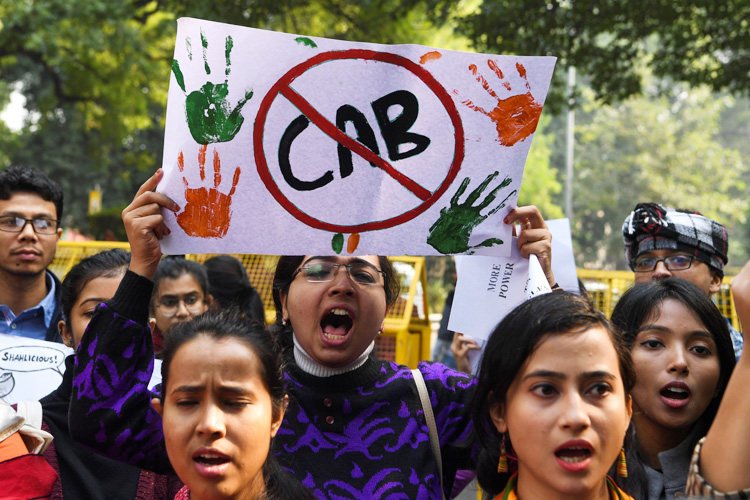 “The northeast is already hit by large scale illegal influx from Bangladesh and now the government is trying to provide citizenship to a whole lot of migrant Hindus and others. How can you grant citizenship on the basis of religion?” said Samujjal Bhattacharya, a leader of the All Assam Students Union.

Protesters blocked traffic across the state of Assam, including in the state capital Gauhati, by burning tires and sitting on roads. Shops and businesses closed, and several vehicles were vandalized.

Bhaskar Mahanta, Assam's police chief, said that several protesters had been detained or arrested, but the situation was under control.

The bill was first introduced by the Modi government in Parliament earlier this year, but stalled in the upper house because of wide-scale protests in India's northeast. 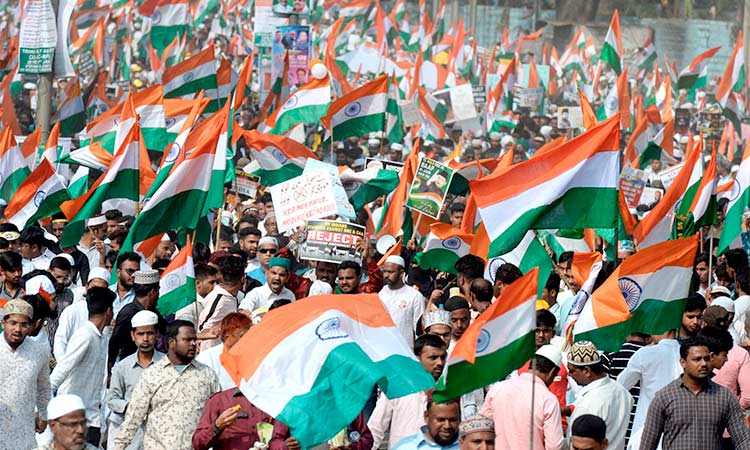 Thousands of people gathered for the Tiranga rally here on Friday to protest against the Citizenship Amendment Act (CAA). Led by All India Majlis-e-Ittehadul Muslimeen (AIMIM) president and Hyderabad MP Asaduddin Owaisi,