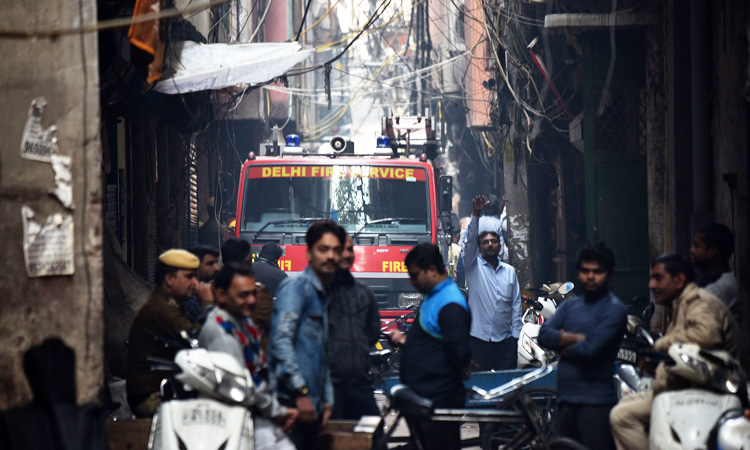 A Delhi Fire Service truck is seen along a street near the site of a facotry where a fire broke out, in Anaj Mandi area of New Delhi on Sunday. AFP

Two firemen who rescued 27 people were hailed as heroes on Monday after Delhi’s deadliest fire in decades killed 43, prompting outrage that safety regulations were yet again ignored.

The blaze early on Sunday ripped through a four-storey building housing small factory units in the congested lanes of the Old Delhi district while the migrant workers inside were asleep.

Fire fighter Rajesh Shukla, who carried out 11 people and was injured in a dangerous and difficult operation in the area’s narrow lanes, said he was shocked so many people were inside.

“No one in the area informed us that so many people were there in the building, some said there were three or four people trapped inside,” Shulka told the Times of India daily.

“I saw at least 30 people in the room (on the third floor) with most of them sleeping. A few others were dead... We were told that the labourers slept in shifts,” he said.

He added that if the fire brigade had had more information sooner, then “we could have saved more lives.”

Ashish Malik, who managed to carry out 16 people from the blazing building, said firefighters “had to take huge risks” carrying people down the only staircase on a rickety floor.

“We rescued workers by carrying them on our shoulders. Some had to be dragged,” he said.

Hardeep Singh Puri, Indian housing and urban development minister, hit out at the Delhi state government for allowing the owners of the building to operate with “impunity.”

The lanes were narrow and congested with wires and cables dangling dangerously, he said in a statement, adding the building flouted safety and fire norms.

“If all these (city) departments had done their job properly then many valuable lives could have been saved,” he said.

Police said the owner of the building and its manager have been arrested and that the illegal factory units inside had been operating without fire safety clearance.

One of the units manufactured wall mirrors, one was involved in the stitching of schoolbags and another stitched skull caps, the Press Trust of India news agency reported.

Such firms often provide sleeping quarters for poor workers, mostly migrants from elsewhere in India who save money by bedding down at their workplaces.

Locals said the building, which also made purses and jackets, had just one entrance. Twenty rooms on each floor were connected by a single internal stairway.

Prime Minister Narendra Modi tweeted that the fire, the deadliest in Delhi since 59 people perished in a burning cinema in 1997, was “extremely horrific.” 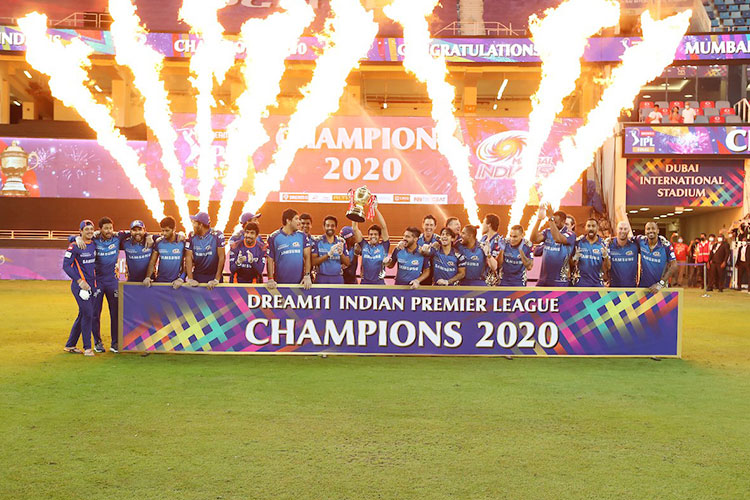 Rohit was back in the groove as he smashed a blitzkrieg 51-ball 68 to take them over the line. 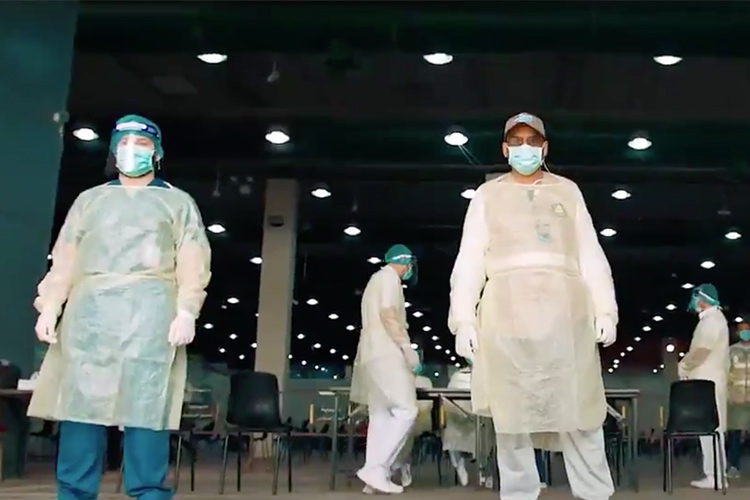 Education scholarship announced for frontline heroes and their children

To benefit from this initiative, eligible applicants can submit their scholarship request along with supporting documents and the acceptance letter from their chosen University or College to Education@FrontlineHeroes.ae.