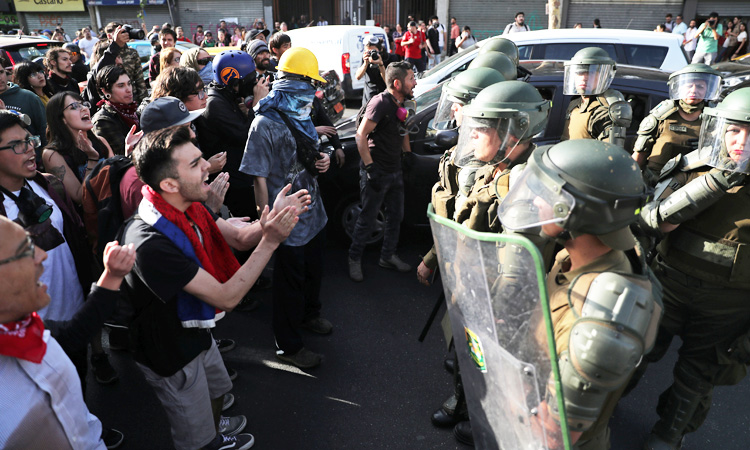 People react next to police officers during protests against Chile's government in Santiago on Friday. Ivan Alvarado/ Reuters

Protesters clashed with police as thousands took to the streets of Chile’s capital on Friday for a demonstration that marked 50 days since the outbreak of the country’s worst civil unrest in decades.

Furious Chileans have for weeks been protesting social and economic inequality, and against an entrenched political elite that comes from a small number of the wealthiest families in the country, among other issues. 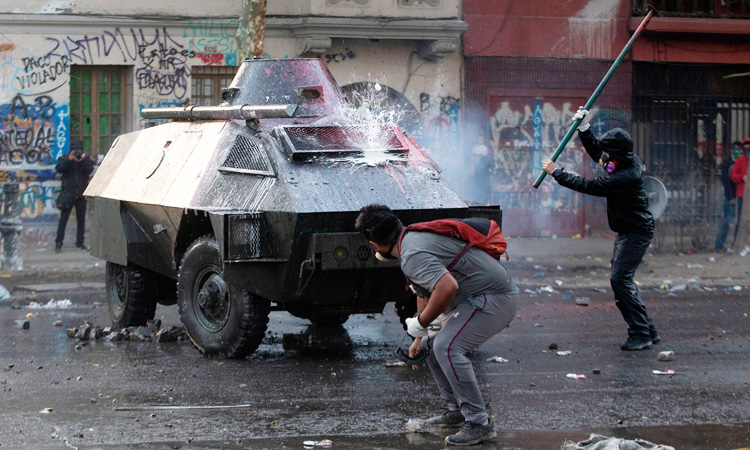 Demonstrators clash with a riot police vehicle during a protest against the government in Santiago on Friday. 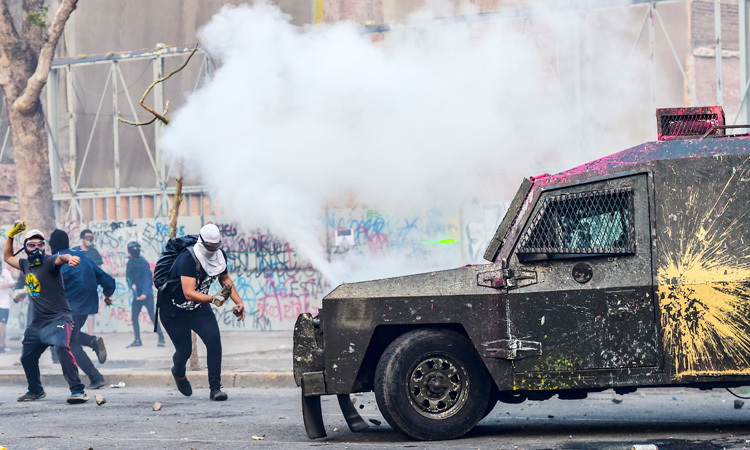 The crisis is the worst in three decades of Chilean democracy and has led to 26 deaths and more than 12,000 injuries, according to the Organization of American States, with another 20,600 people detained.

As with every Friday since protests began on Oct.18, thousands gathered at Plaza Italia in the center of Santiago to wave flags, sing and dance in a show of opposition President Sebastian Pinera’s conservative government.

Protesters held up a huge Chilean flag with a closed eye, a symbol of the 300 people who have suffered optical injuries during confrontations with police. 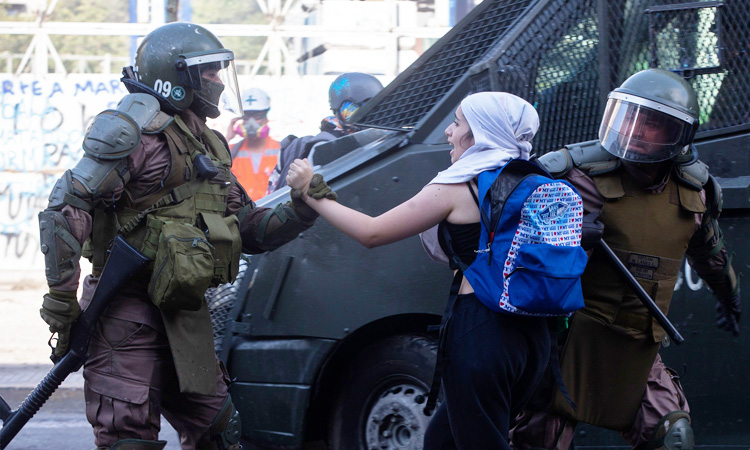 A demonstrator is arrested by a riot police during a protest against the government in Santiago on Friday.

Some demonstrators armed with stones and Molotov cocktails clashed with police, who scattered them with tear gas and water cannon.

Officers erected barricades around the square later in the evening.

Chile’s unrest began with a demonstration against a price hike on metro tickets in Santiago, which spiraled into violent protests across the country. 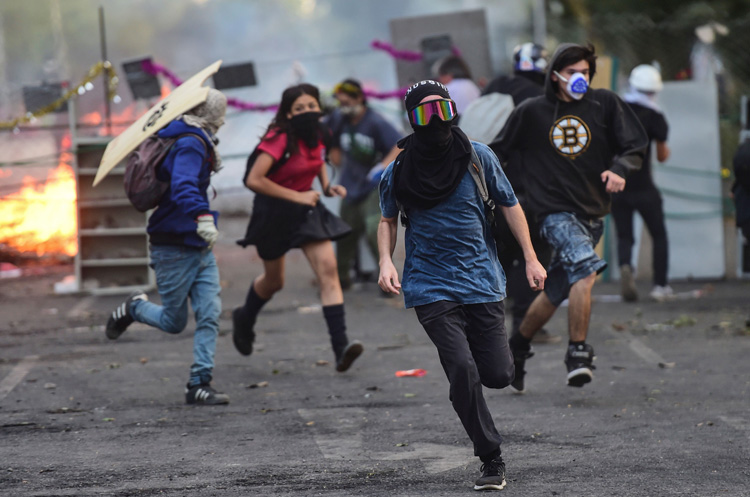 A demonstrator is arrested by a riot police during a protest against the government in Santiago on Friday.

Lawmakers in Chile’s National Congress last month agreed to hold a referendum on updating the country’s constitution, in force since 1980 and enacted by the former military junta of Augusto Pinochet.

Protesters have demanded the charter be changed to establish the state’s responsibility to provide education and healthcare. 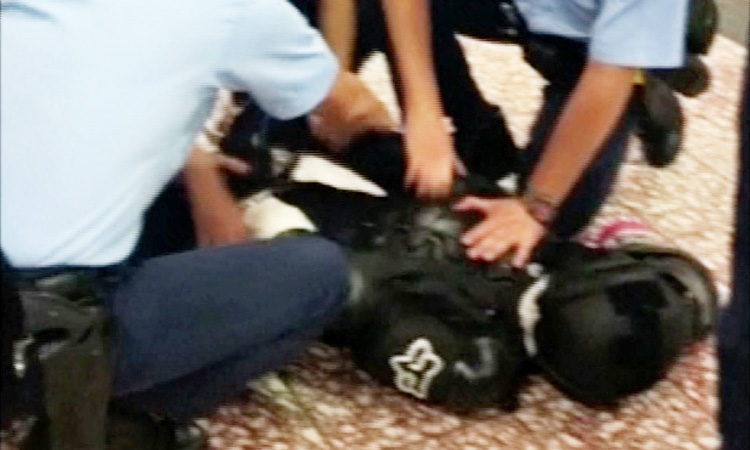