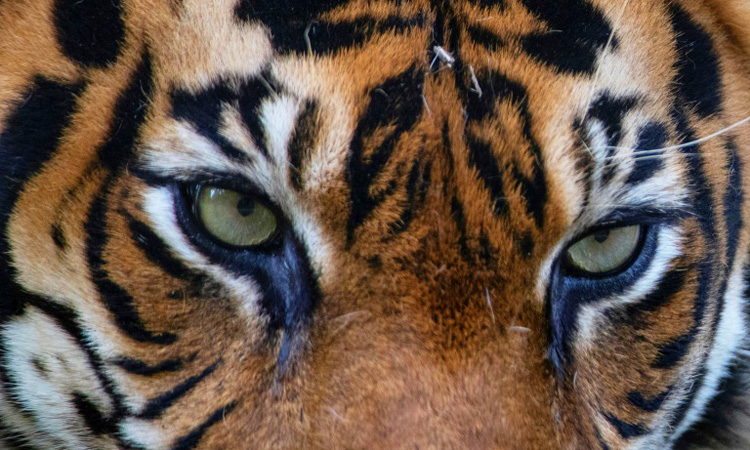 Sumatran tigers are considered critically endangered by protection group the IUCN, with fewer than 400 believed to remain in the wild. File photo/ AFP

A Sumatran tiger has killed an Indonesian farmer, police said on Friday, marking the second fatal attack by the critically endangered species in less than a month.

The latest mauling near Pagaralam city in Sumatra prompted authorities to warn residents against going into local forests.

The coffee farmer’s body was found Thursday by relatives who grew worried when he failed to return home, according to authorities.

“At first the victim’s family thought that he had spent several nights in a hut on the plantation,” local police chief Dolly Gumara told AFP.

The search party found the victim with a tiger prowling nearby, he said.

Last month, a Sumatran Tiger mauled to death a coffee farmer and seriously injured an Indonesian tourist in the same part of Sumatra.

The 57-year-old wrestled with the big cat before it killed him, according to the local conservation agency.

Human-animal conflicts are common in the vast Southeast Asian archipelago, especially in areas where the clearing of rainforest to make way for palm oil plantations is destroying animals’ habitats and bringing them into closer contact with people.

In March last year, a man was killed by a tiger in Sumatra’s Riau province while several months earlier a tiger also killed a plantation worker in the area.

Sumatran tigers are considered critically endangered by protection group the International Union for Conservation of Nature (IUCN), with fewer than 400 believed to remain in the wild.

The quake had a magnitude of 6.9 and occurred at a depth of 10 kilometers (6.2 miles), according to the European-Mediterranean Seismological Centre (EMSC).

Dubai and Abu Dhabi will screen passengers arriving on direct flights from China, as health authorities around the world scramble to prevent a global pandemic. A total of 10 cities in China's central Hubei province have suspended some public transportation over the coronavirus outbreak, the Hubei Daily reported on Friday.