Yaqoob is currently posted as secretary of the Election Commission of Pakistan (ECP) while Abbas and Khan are former federal secretaries.

Earlier, the opposition leader in the National Assembly Shahbaz Sharif had proposed the names of Nasir Mehmood Khosa, Jalil Abbas Jillani and Ikhlaq Ahmed Tarar for the same post.

The government and the opposition are yet to reach a consensus on the names of new members for the ECP, one each from Sindh and Balochistan.

Earlier in November, the CEC had warned the government that the ECP would become ineffective from Dec.7 if his replacement was not appointed before his retirement on December 6.

The CEC had also written a letter to the parliamentary affairs secretary in which he had pointed out that two members of the commission from Sindh and Balochistan were yet to be appointed.

He also had warned that with the absence of the CEC and two members, the ECP would not be able to make any decisions.

A meeting of parliamentary panel has already ended in a deadlock between the treasury and opposition benches over the appointment of ECP members with both sides sticking to their stance.

However, Federal Minister for Human Rights Dr Shireen Mazari, who chairs the parliamentary committee, said after the meeting that consensus was developing on the appointments.

She described the meeting as “very good” and the talks as “positive” and added the opposition and government are in agreement that the panel propose the names of the CEC and members together.

Shahbaz Sharif has once again written to Imran Khan stressing over the appointment of CEC as soon as possible.

The PML- N president, in his letter, opined that these prominent figures are well suited for the position and urged the premier to put them under consideration without further delay.

He added that the CEC five-year constitutional term will be completed on Dec.6, and if the chief and one or more members are not appointed, the ECP will be inactive.

Shahbaz said that according to the Article-213(2A) of the Constitution, the prime minister is required to consult with the opposition leader.

The opposition leader wrote that under the constitution Imran should have started this consultation a long time ago.

However, in an attempt to prevent a constitutional body like the ECP from becoming inactive, he is resuming the consultation process, Sharif said.

“Hopefully you will be able to qualify these individuals and bring them under consideration in accordance with the law.”

The opposition leader also said that he will provide any further details or information if so required.

He asserted that consultation and a consensus is required for appointment of ECP members from both Balochistan and Sindh. He lamented, “…despite my rational arguments, unfortunately the consultation was hampered by the lack of consensus among the commission members. I urge you to make a sincere effort to create a consensus,” he wrote.

Separately. Shahbaz has also said that the nexus between Imran Khan and National Accountability Bureau (NAB) has been defeated after the national graft-buster withdrew its challenge to his bail plea in a corruption reference involving a housing scam.

The opposition leader told reporters in London that the same “nexus” was behind the freeze of his and his family’s assets.

The presser came after NAB ordered freeze of assets owned by Sharif and his sons — Hamza and Salman — in different cities, citing corruption charges against the family.

The same day, the NAB withdrew a petition against the grant of bail by the Supreme Court to Sharif in the Ashiana-e-Iqbal Housing scheme scam. 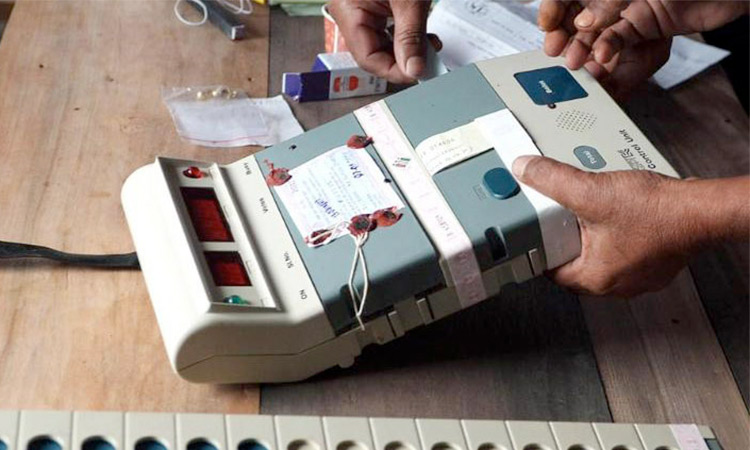 The use of Electronic Voting Machines ( EVMs) doesn’t suit opposition parties at all because that system stops individuals from rigging the elections.