NATO unity on the line as feuding leaders meet - GulfToday

NATO unity on the line as feuding leaders meet 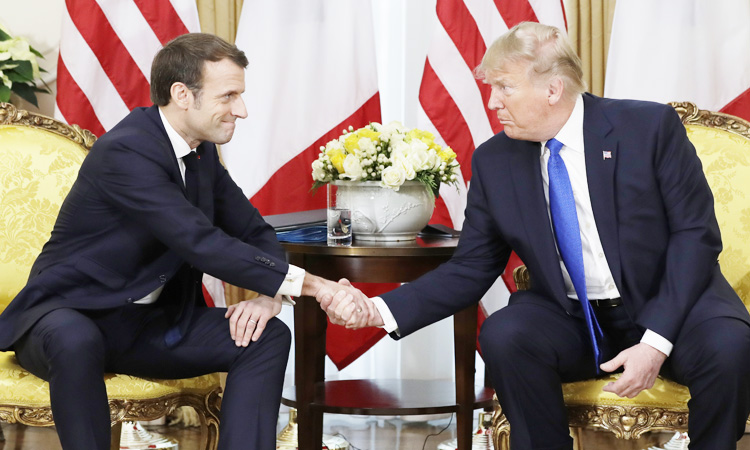 NATO leaders will attempt to make a convincing show of unity on Wednesday when they meet to conclude a summit already overshadowed by bitter rows about the future of the alliance.

The French president has called for a renewed strategic dialogue with Moscow and demanded that Turkey explain itself over its assault — backed by Syrian rebels Paris sees as extremists — on Kurdish forces and its purchase of the Russian S-400 air defence system.

The leaders met in various groups in London on Tuesday before having dinner with Queen Elizabeth II in Buckingham Palace, but Macron refused to withdraw his charge that NATO strategy is “brain dead” and Trump continued to insist some capitals were “delinquent” in paying their way. 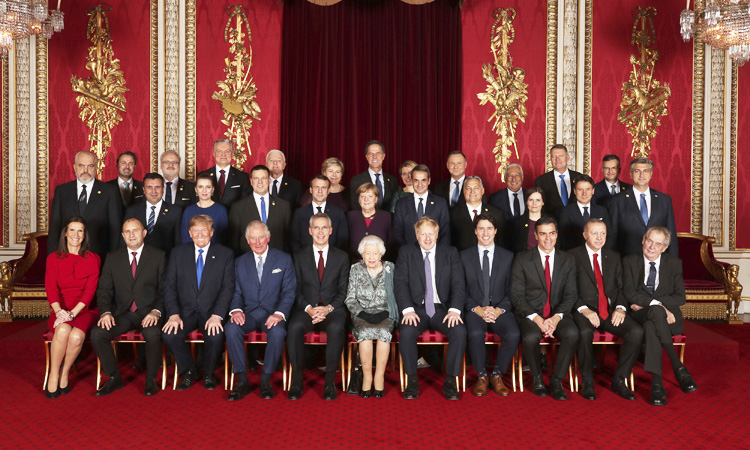 NATO leaders and its secretary general, join Britain's Queen Elizabeth II and Prince Charles, for a group picture during a reception at Buckingham Palace in London on Tuesday.

The row set up a tense last day of what NATO secretary general Jens Stoltenberg had hoped would be a 70th anniversary show of unity for the “most successful military alliance in history,” and a demonstration that the West can stand up to challenges from Russia and China.

The leaders are to gather at a golf resort hotel outside Watford, north of London, for a three-hour working session followed by a statement, and British host Prime Minister Boris Johnson will make an appeal for unity.

“Seventy years on, we are rock solid in our commitment to NATO and to the giant shield of solidarity that now protects 29 countries and nearly a billion people,” Johnson was to say, according to his office.

In recent weeks Macron has tried to shake up the agenda by demanding a review of alliance strategy, but Trump — who arrived boasting that he had forced members to boost defence spending — hit back hard.

“Nobody needs NATO more than France,” he warned. “It’s a very dangerous statement for them to make.”

Trump later softened his tone at a joint appearance with Macron, but the French leader stood by his approach — and his choice of language — and turned his guns on Turkey, accusing Ankara of working with extremists.

“The common enemy today are the terrorist groups, as we mentioned, and I’m sorry to say that we don’t have the same definition of terrorism around the table,” Macron said.

He noted that Turkish forces have attacked the Kurdish militia that backed the allies against Daesh in Syria, and he accused Ankara of working with “Daesh proxies.”

Merkel said she was “relatively optimistic” after the meeting, but Macron warned that “not all clarifications were obtained and not all ambiguities were resolved.”

Erdogan has threatened to hold up NATO efforts to bolster the protection of the Baltic republics against Russia, unless the allies brand the Kurdish militias who defeated Daesh in Syria as “terrorists.”

Not paid up in full

Trump defended Stoltenberg’s record of pushing allies for increased defence spending, but he reiterated his own long-standing complaints.

“When I came in, I was angry at NATO, and now I’ve raised $130 billion,” Trump said, referring to the sum Stoltenberg says Canada and European members since 2016 will have added to defence budgets by next year.

“And yet you still have many delinquent — you know I call them delinquent when they’re not paid up in full,” Trump said.

Only nine of NATO’s 29 members have reached the target agreed at its 2014 summit to spend two percent of their GDP on defence before 2024.

Trump cited in particular Germany as falling short, spending only 1.2 percent of GDP.

The substance of the summit is thin, with only one three-hour session planned where leaders are expected to sign off on a set of decisions already taken by NATO foreign and defence ministers.

These include defining space as a domain of conflict — alongside land, sea, air and cyber space — as well as acknowledging for the first time the “challenges” posed by China’s rise.

“We have now recognised that the rise of China has security implications for all allies,” Stoltenberg said.

Germany has suggested an expert panel could look at how NATO can be adapted to address political questions more effectively and the leaders are expected to endorse this. 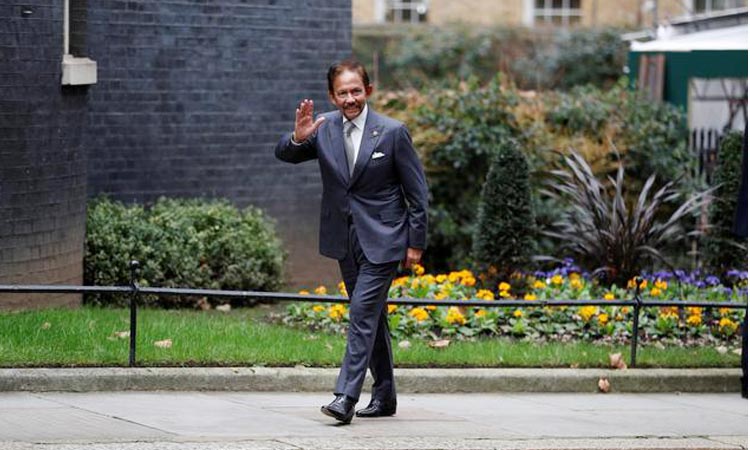