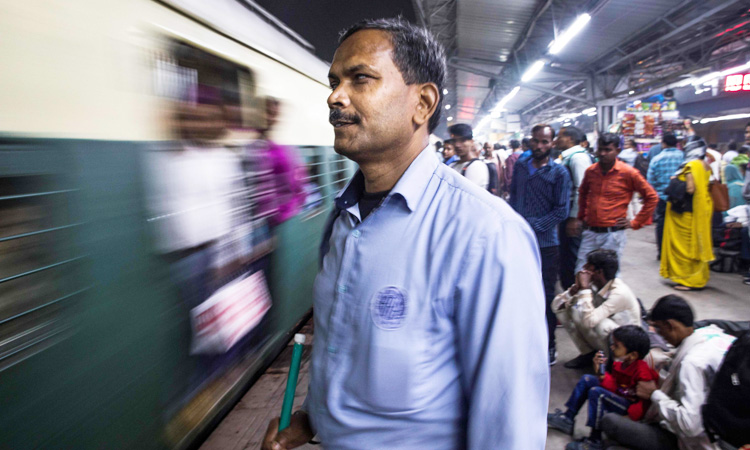 Sharma is one of an estimated 63 million visually impaired people in India, according to the World Health Organisation. Of those, some eight million are completely blind — around 20 percent of the global total.

Many Delhi roads lack pavements, forcing the 44-year-old father-of-three to walk on the roadside, probing his white cane in front as cars and trucks tear past just centimetres (inches) away.

On trains, where passengers are packed like sardines in the megacity of 20 million people, he is dependent on fellow commuters helping him to navigate platforms and squeeze in and out of carriages.

Sharma told AFP that people always help him to get on and off trains. 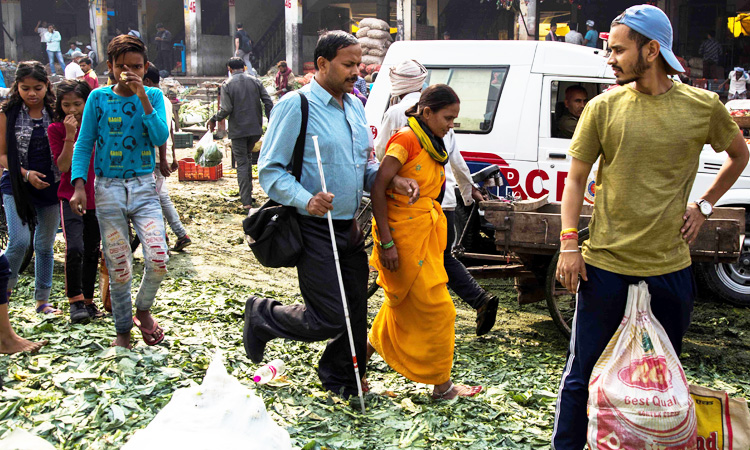 Sharma is assisted by his wife Indrapti at a market in New Delhi.

“The people are good. But there are broken roads and open sewage holes which are always a risk,” he added.

Sharma, like many other blind Indians, also battles a dire lack of opportunities in education and employment for disabled people.

Many are forced to beg or turn to charity to make ends meet.

Poverty and poor access to healthcare in rural areas also contributes to the high prevalence of vision impairment in the South Asian nation, experts say.

Sharma — from one of India’s poorest states, Bihar — he lost his sight as a teenager while working in the fields of his village.

He moved to the Indian capital to try and get treatment but when doctors were unable to help him, he stayed on. 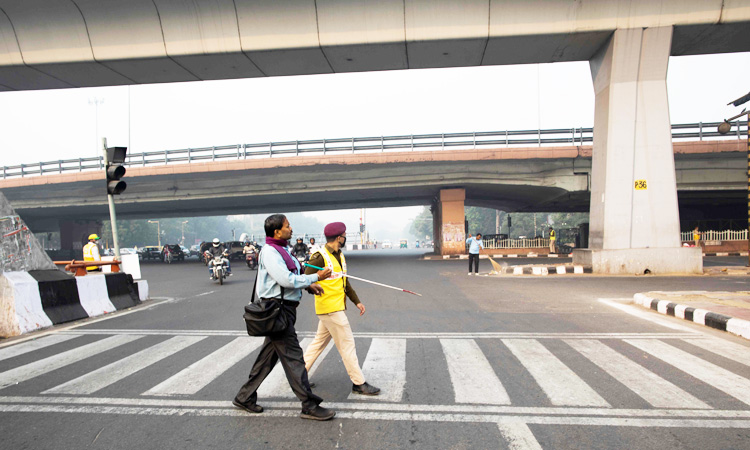 Sharma is assisted by a police officer as he crosses a busy junction in New Delhi.

Sharma trained at a school for the blind and landed a job in a factory, making children’s braille toys, for more than two decades before it shut down last year.

He started to retrain as a massage therapist in January, resolutely making the long commute to classes at the Blind Relief Association in Delhi.

“I have picked up massage as I have become older and there aren’t many other avenues for me,” he said.

Swapna Merlin from the Blind Relief Association said many of its trainees are from rural regions and have been brought up to believe that they could not exist outside their families’ care.

“Once they come out and know they can do different things, that itself is a big exposure to them... Every story of success is an inspiration for many others.”

The International Day of People with Disabilities is on Tuesday.